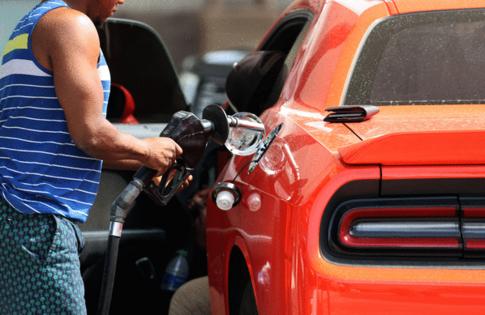 A gallon of regular unleaded averaged $3.19 per gallon on Monday, down 15 cents from a week ago, according to the travel club AAA. The state is suspending 25 cents a gallon in gas taxes through the end of the month.

Florida drivers could see gas even dip below $3 a gallon at some stations, and everyone will likely see a “sizable discount” this week, said Mark Jenkins, a spokesman for AAA.

“This gas tax builds on the previous downward pressure on pump prices, stemming from global recession concerns and underwhelming fuel demand,” he said in a statement.

The “tax holiday” doesn’t require stations sell fuel at a specific price — only that stations that buy fuel at a tax-reduced amount pass along those savings to consumers, according to Florida Attorney General Ashley Moody.

Moody said the price of gas will not necessarily immediately drop 25 cents with the holiday because taxes are only one factor of many in fuel costs.

Jordan Davidson, who was fueling up in downtown Orlando Monday, said he wasn’t aware of the gas tax holiday, but he welcomes the relief. He said the price of everything has gone up, forcing him to increase his rates for the landscaping business he runs

“It’s affecting me a lot,” said Davidson, who lives in Winter Springs. “The tax (break) helps, but it’s still a lot.”

Gas prices peaked at $4.89 per gallon in mid-June.

The tax break appears to be reaching consumers with prices rising elsewhere in the country but dropping in Florida, said Patrick De Haan, an analyst with GasBuddy.

As Atlanta-based Delta staffed back up for a recovery in air travel, the airline said...Read More

If it weren’t for the assistance of their parents, Disney World worker Amethyst Bennett said she and her husband, a Universal employee, would be unable to afford formula and diapers for their 9-month-old daughter despite...Read More