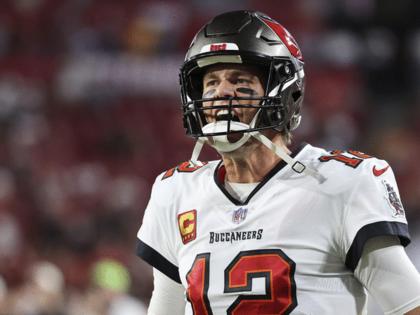 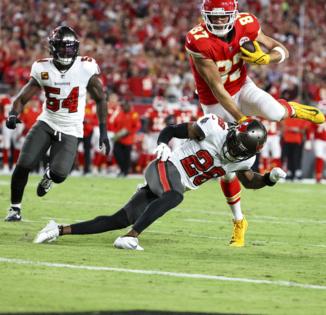 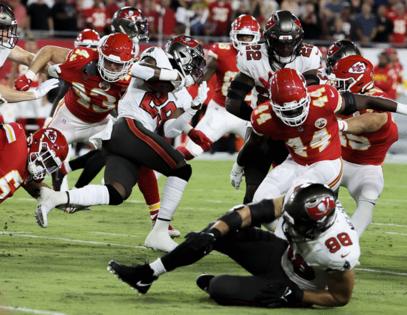 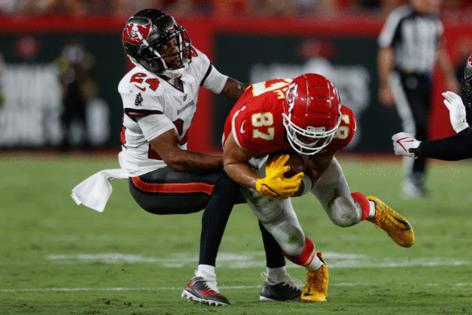 When given a chance for some revenge Sunday night, they settled an old score with a mostly lopsided one.

Mahomes outsmarted the Bucs defense in the Chiefs’ 41-31 win over Tampa Bay at Raymond James Stadium on Sunday night.

Mahomes passed for 249 yards and three touchdowns (with a late interception that set up a Bucs’ touchdown) in handing the Bucs (2-2) their second straight loss at home.

Tampa Bay entered the game having allowed only 27 points in three games but was ripped for 28 in the first half alone. The Bucs were displaced all week, having to move to south Florida for four days due to Hurricane Ian. But that’s no excuse.

The Bucs couldn’t have had a worst start against the Chiefs. Like they did against the Packers a week earlier, the Bucs fell behind 14-3 in the first quarter.

Their offense couldn’t sustain drives and the defense couldn’t get off the field. Rookie running back Rachaad White fumbled the opening kickoff at the Tampa Bay 21.

Two plays later, the Chiefs were in the end zone with Mahomes throwing a 16-yard touchdown to Travis Kelce.

The Bucs drove 45 yards on their first try on offense. But short yardage continued to bedevil them. Running back Leonard Fournette was tackled for a loss on second and 1, and they settled for a 45-yard field goal by Ryan Succop.

Mahomes and Kelce were unstoppable, especially on the big downs. At one point in the fourth quarter, the Chiefs had converted 11 of 13 third downs.