Will Canadians Be the First to Take a Stand Against Creeping Sanitary Authoritarianism? 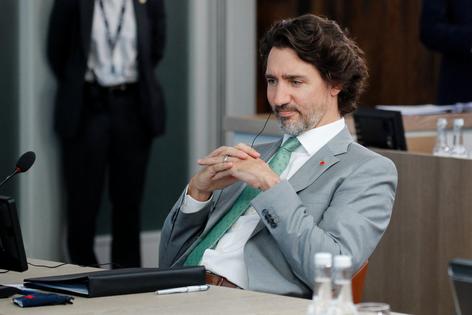 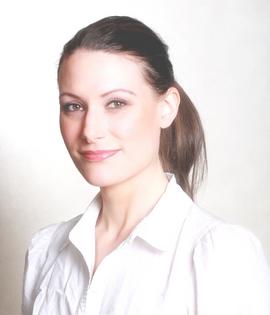 PARIS — On Sept. 20, Canadian voters will head to the polls to decide their next federal government. The Canadian media seems overly focused on a debate over gun control, which is like fussing with the wallpaper while the bulldozer is revving up outside the house. This election comes down to one thing and one thing only: Will Canadians vote to transform their democracy into a sanitary authoritarian regime by reelecting Prime Minister Justin Trudeau?

Trudeau called for the snap election just two years into his current term on the premise that Canadians deserve a say over how his government is handling the pandemic. He has already announced what awaits Canadians if they vote him back in. Trudeau is seeking validation for Canada’s participation in what appears to be a worldwide vaccine passport program.

Trudeau recently let the cat out of the bag about the nature of the program, contradicting statements made by provincial health authorities, who hold jurisdiction over the administration of health care.

For instance, the provincial health officer of British Columbia, Dr. Bonnie Henry, said last month that a new B.C. vaccine card would be needed to enter everyday venues such as gyms, swimming pools, bars, restaurants and theaters beginning Sept. 13. There won’t be an allowance for a nose-swab test in lieu of a double jab, or leeway for those with naturally acquired immunity and antibodies. B.C. Health Minister Adrian Dix has said the program will last until January 2022.

Yeah, sure. Here in France, we were also told that our own health pass would only be required until Nov. 15, but French citizens are already being psychologically primed to accept a potential extension. President Emmanuel Macron and Health Minister Olivier Véran have admitted as much.

Who do these leaders think they’re kidding? Trudeau gave away the game when he made the announcement (just as health passes were being rolled out across Canadian provinces) that if he’s reelected, his new government will provide $1 billion in funding for the provinces in support of vaccine passport programs. No one spends $1 billion on anything “temporary.”

An entire system is being rolled out to coordinate vaccine passports between Canadian provinces. Once such a tool is in place, it’s not going away. It’s a system that could be used for other reasons in the future. Canadians have to decide right now if that’s something that they want, knowing they could be stuck with it long after COVID-19 disappears.

Meanwhile, the entire nation of Canada, with roughly 37.6 million people, recorded just 15 Covid-attributed deaths on Sept. 3. The new liberticidal measures being rolled out nationwide make little sense based on science and data.

The Trudeau opponent with the least authoritarian position is Conservative Party leader Erin O’Toole, who has refused vaccine mandates while nonetheless supporting a system for proof of vaccination for international travel.

Canadians and anyone else who cares about the principles of liberty should be concerned about the global rollout and coordination of vaccine passports. The push to move one’s entire digital identity onto smartphones holds major risks for government misuse and exploitation. Civil liberties groups are already expressing concerns over the upcoming digital rollout in eight U.S. states — Arizona, Georgia, Connecticut, Iowa, Kentucky, Maryland, Oklahoma and Utah — of a digital driver’s license uploaded to Apple’s Wallet application.

Consider that concept in light of the recent decision by the European Central Bank’s governing council to launch a digital euro project, theoretically permitting governments to track and control the spending linked to a person’s digital identity. Imagine that concept coupled with the restrictions placed on people who haven’t been double-jabbed in order to obtain a government-issued health pass.

It’s not hard to see how all the pieces of the puzzle currently being put into place worldwide could be leveraged for purposes unrelated to COVID-19 for many more years to come. And people around the world would have sleepwalked right into it — all because they made the mistake of trading freedom for the illusion of government protection from a relatively benign virus, which they had been convinced was akin to the bubonic plague.

The off-ramp to this dystopia is right here and right now for Canadians. But are they conscious enough to take it?

PARIS — Exactly how “scientific” is the COVID-19 information that we’ve been spoon-fed as justification for restrictions of basic freedoms and seemingly never-ending mandates for jabs? Can we take the official ...Read More

Last weekend, some of us watched the big ...Read More

PARIS — Facebook Company has failed in its apparent attempt to disappear into the witness protection program for creepy technology by re-branding as “Meta”. Along with this new facelift for the holding company of ...Read More