Sticking With My Father on John Hinckley 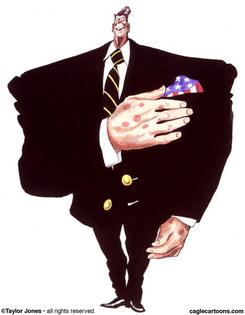 News that a federal judge had approved the unconditional release of John Hinckley Jr. next June set my phone to ringing furiously earlier this week.

Journalists naturally wanted to know what I thought about the decision to let Hinckley go free after serving nearly 40 years in a mental hospital for trying to assassinate my father on March 30, 1981.

Hinckley, now 66, has been living on his own outside the mental facility for several years without incident and doctors say he is no longer violent and shows no signs of mental illness.

But my sister Patty and many conservatives think approving his release was the wrong decision.

They believe Hinckley, who was found not guilty by reason of insanity, is still a threat to society or doesn’t deserve to be fully released.

I totally understand their emotional reactions, but none of them ever talked to Ronald Reagan about forgiving Hinckley like I did.

This week when people asked me about Hinckley, I told them I don’t have a problem with him becoming completely free because I’m going to side with Ronald Reagan.

He did it within days of being shot and before he went back to work at the White House on April 11. He even wanted to visit Hinkley, but the Secret Service wouldn’t allow it.

Today, thanks to their incredible incompetence, bad policies and serial stupidity, ...Read More

It’s a great day for America – or at least it should be.

My mother Jane Wyman was a ...Read More