Treat All Instances of Hatred and Bias Equally 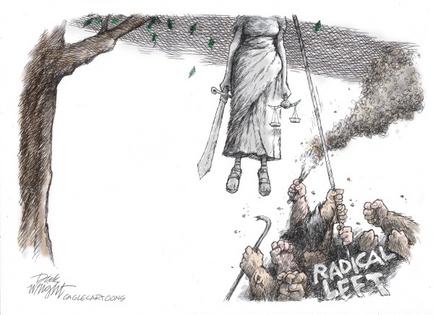 I made a report, and other than anger that SEPTA is incapable of guaranteeing my safety for the increasingly expensive fare they charge, I’m fine. In fact, I’d basically forgotten about the incident until last week, when I saw a video of a few African-American girls attacking Asian students in a Philadelphia subway car.

It is a disgusting display of inhumanity, with the aggressors yelling and screaming curses at the victims, who seem to be cowering in their seats and very much afraid for their lives. The attackers appear to be unarmed in the video, but they are feral and brutal, and much more violent than the teen who attacked me.

When the first reports were issued about the attacks on the train, local media and officials twisted themselves into Philly soft pretzels to avoid addressing the elephant in the room. One news channel posted an article about how they were “investigating” if this was a hate crime, ignoring the fact that on the video you can, if you listen closely, discern racial epithets screamed at the victims. It’s not conclusive, but it matters.

More important, though, were the official announcements tweeted out by people like Mayor Jim Kenney, who wrote:

“I’m appalled by yesterday’s assault involving students on the Broad Street Line. Those involved in the assault have been identified and will be held accountable. I want our residents to know that we will not tolerate any acts of hate.”

At first glance, it’s not bad, although he doesn’t mention the race of the assailants, nor the race of the victims. You can be certain that if it were a gang of Proud Boys attacking a person of color, we’d not only know the races of all parties involved, we’d have marches in the streets.

Imagine if a bunch of white girls from the suburbs had called a bunch of Black girls racial epithets, and that was caught on video. You know that this would be the number one story on the news for the next two cycles, and there would be op-eds written, community activists consulted and sensitivity trainings initiated.

Here, though, there seems to be a much lower sense of urgency. WHYY, Philadelphia's local public radio station and “voice of the community,” barely mentioned the race of the attackers when they posted articles about these “alleged” hate crimes. I looked on their website, and could only find one reference to “African-American” teens embedded far down in the article.

Contrast that with what happened in Georgia last year, when there was the attack on Asian women by a white male. Before any of the details became known and the actual motives assessed, the media were in full “white supremacy” mode with the man going after women of color because of his toxic white masculinity. It was only after the real motive was determined to be the misogyny of a mentally unhinged man who couldn’t get a date did the media recalibrate its narrative to be something along the lines of the dangers faced by women of color with the emphasis on domestic abuse as opposed to racial animus.

I speak four languages fluently, read a fifth and am learning a sixth. I taught Spanish, French and Italian, and use all three languages on a daily basis in my immigration practice. I say this not to brag as much as to ...Read More