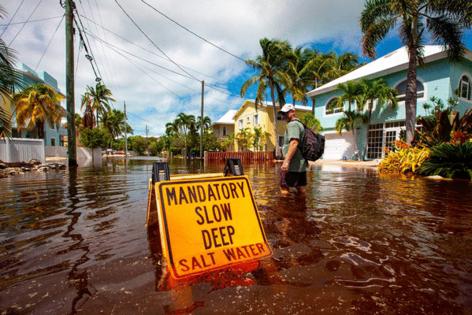 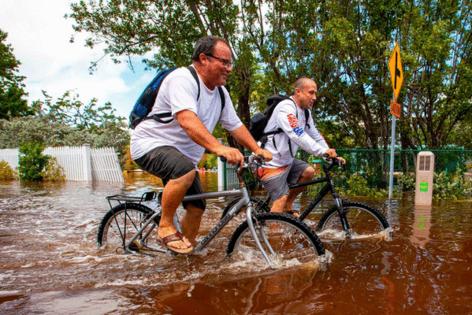 On Thursday, Florida Bay storm surge from Hurricane Ian piled onto higher-than-average seasonal “king tides.” That caused almost three feet of standing water to spill into the streets, making it impossible to tell where backyards end and canals begin.

Apparently, the crocodiles didn’t know either.

With the boat ramps underwater, those crocs that live in the canals were spotted swimming down Stillwright Point’s streets.

“If you stay closer to the driveways and away from the mangroves you should be safe,” a woman in a passing pickup truck told a reporter wading through the floodwater Thursday afternoon.

If crocodiles lurking beneath street floods wasn’t a frightening enough image, the thought of not flushing your toilet was a whole other scare.

The Key Largo Wastewater Treatment District issued a statement Thursday urging residents to go easy on toilet flushing because the widespread flooding in the area has put stress on the sewer system.

“It is very important that customers minimize toilet flushing and using other water which enters the sewer system,” the utility said in the statement. “The situation will continue through mid Saturday.”

Michael and Amanda Davignon left their house on North Blackwater Lane to get away from Hurricane Ian earlier in the week and came home Thursday to find water in the house and the dock a foot underwater. Their home is one of the few left in the neighborhood not on stilts.

“We went out of town for just a couple of nights to get away, and this happened,” Michael Davignon said.