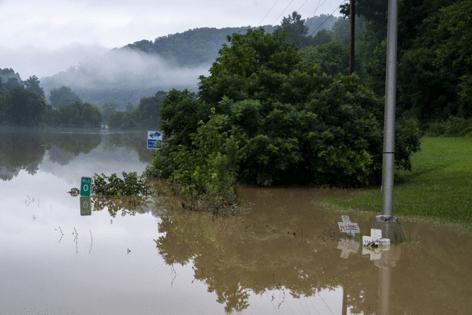 The four children have been identified as Maddison Noble, 8, Riley Noble Jr., 6, Nevaeh Noble, 4, and Chance Noble, 1 1/2, a relative told the Herald-Leader. The victims were swept away from their parents in the flood on Thursday. The mother and father, Amber Smith and Riley Noble, were found alive.

Nellie Mae “Nell” Howard, 82, was at her daughter’s house near a small creek in the Chavies community when the flood came Thursday, said Perry County Sheriff Joe Engle, who is Howard’s great-nephew.

He said the water “was so quick and furious she couldn’t escape.”