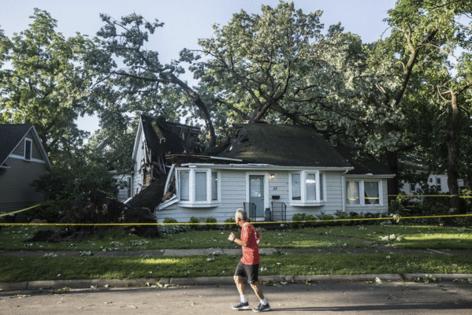 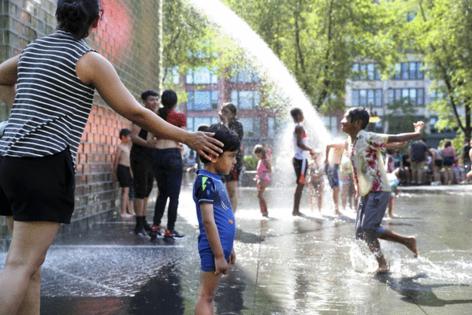 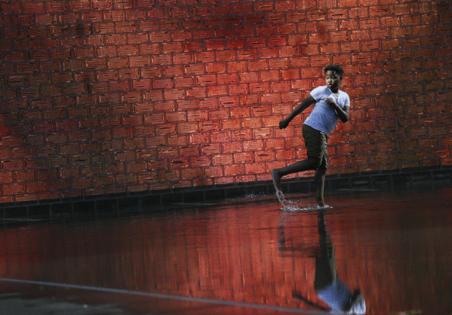 City and suburban authorities had mere hours overnight to transition from cleanup after a line of powerful thunderstorms left thousands without power and wind-related damage in its wake to a heat wave that pushed heat indexes over 100 degrees.

Just a half day removed from tornado sirens blaring across northern Illinois Monday evening as a supercell storm moved through the area, officials from Elgin to the city quickly switched gears, asking residents to reach out if their homes lack proper cooling, even as they removed downed tree limbs.

The storm downed hundreds of trees, which directly led to the widespread outages across the region, according to the National Weather Service. They also caused damage to small planes at Schaumburg Airport, and partially blew the roof off of a Bellwood apartment complex.

“Residents should feel empowered to contact 311 if they are in need of assistance. It’s also important to check on relatives, neighbors, seniors and our vulnerable populations when temperatures climb to extreme levels,” said officials from the city’s Office of Emergency Management and Communication.

The storms left 125,000 northern Illinois residents without power, but ComEd reported having restored all but 25,000 by midday Tuesday, according to a spokesperson.

Supercells are the least common type of thunderstorm, according to weather experts, and can produce violent storms, powerful winds and large hail. Suburbs near O’Hare International Airport, which saw wind gusts up to 84 mph, bore the brunt of the damage.

The weather service said the most severe damage occurred between Schaumburg and Brookfield, including Roselle, Bellwood and Westchester.

Officials in Brookfield said the storm caused about 1,600 outages and heavy damage. “Virtually all areas of the village were impacted” by Tuesday’s storm, according to an online statement by village officials.