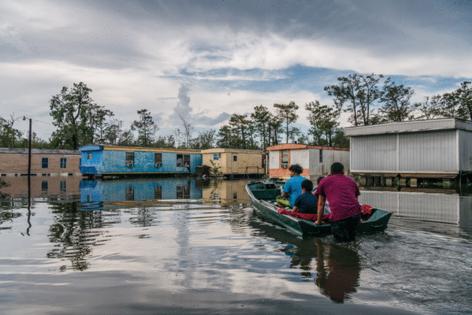 ORLANDO, Fla. — The name Ida will never again be used to label a hurricane.

“Ida” was retired Wednesday from the list of tropical storm names during the World Meteorological Organization’s annual hurricane conference due to the overwhelming damages it caused last year — the third busiest storm season on Atlantic record.

Last year, tropical storms and hurricane damages cost the United States $80 billion — $75 billion of which was caused by Category 4 Hurricane Ida, making it the fifth costliest storm in U.S. history, according to the National Oceanic and Atmospheric Administration. But those estimates weren’t just the $55 billion in property and coastal damages observed in Louisiana, where Ida made landfall. After marching inland toward the northeastern U.S. with heavy rain and floodwaters, Ida racked up another $20 billion as a post-tropical storm — the most since Super Storm Sandy in 2012.

“It goes to show you these storms aren’t necessarily just coastal events,” he said to a packed room at Orlando’s Rosen Centre Hotel during the National Hurricane Conference earlier this month. Among Ida’s surprises, Klotzbach pointed out the 55 fatalities directly caused by the storm.

“Only six were actually in coastal states and then 49 were in New Jersey, New York and Pennsylvania,” he said. “Flash flooding caused most of the fatalities from the storm. And frankly, the fact that only six people died along the coast from a Category 4, that’s impressive.”

Another 32 were killed by indirect causes with victims from Louisiana and up to New Jersey.

The choice to retire Ida’s name came during the four-day hurricane conference, held online this year due to COVID-19. It is typical for the committee to announce which names will be retired prior to the upcoming storm season — which starts June 1. Storm names are used in six-year cycles to label tropical storms but they’re retired after a storm inflicts massive damage or death out of respect to those affected by the storm.

In total, 94 names have now been retired from the Atlantic basin list since 1953, according to the WMO.

In 2027, the ninth lettered storm of the season will receive the name “Imani” as a replacement, the WMO said.