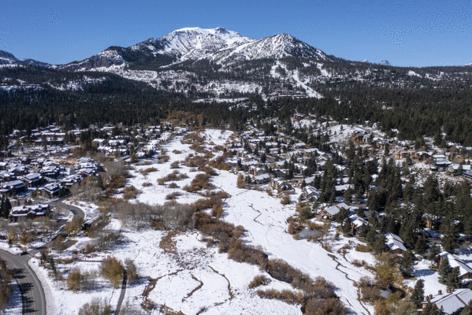 SAN JOSE, Calif. — After the driest January, February and March in Northern California’s recorded history back to 1849, rains this past week finally brought some relief — and real benefits — across the Bay Area and other parts of the state.

But the wet weather was kind of like receiving wrinkle cream for your birthday, experts said Friday. Better than nothing. But not enough to celebrate.

Simply put, 2 to 3 inches of rain fell in the Santa Cruz Mountains, North Bay Hills and Big Sur over the past week. The Sierra Nevada received 1 to 3 feet of snow over the past week, depending on the location, the most since December.

That desperately needed moisture will delay fire season, experts say. It clears the air, boosts flows in streams for fish and wildlife, charges up the spring wildflower season and will reduce water consumption somewhat because people turn off lawn sprinklers when it is raining.

But California was heading into the third summer in a row of severe drought before the rain. And a few April showers — likely the last hydrologic hurrah until October — can’t make up for three years of major water shortages, experts noted.

“Any little bit is nice. But this is not going to make a significant difference in the drought,” said Jeanine Jones, interstate resources manager for the state Department of Water Resources.

The issue is basic math.

San Francisco historically has averaged 1.6 inches of rain for the month of April. This month, through Friday morning, it had received 1.08 inches. And no more significant storms are forecast.

In other words, the April showers this year haven’t even brought most parts of the Bay Area up to average for a typical April. It just seems like a lot because it’s been so unusually dry since New Year’s Day.

“Compared to January, February and March, it has been a really rainy month,” said meteorologist Jan Null of Golden Gate Weather Services in Half Moon Bay. “Everyone has been craving rain.”