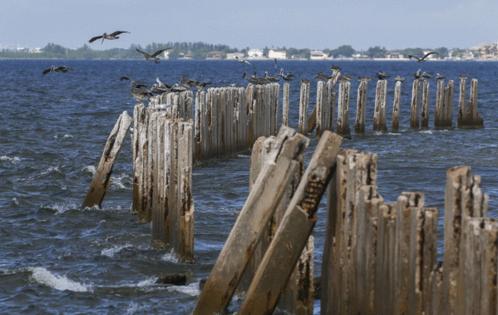 FORT LAUDERDALE, Fla. — Another busy hurricane season appears likely, with an above-average numbers of storms predicted this year, according to a forecast issued Thursday by Colorado State University.

If the forecast for this season holds, it would the seventh above-average season in a row, said Philip Klotzbach, research scientist for Colorado State University’s Tropical Meteorology Project, in a presentation Thursday to the National Tropical Weather Conference.

With a larger number of storms predicted, the forecast said, the chances of landfalls have increased.

“We anticipate an above-average probability for major hurricanes making landfall along the continental United States coastline and in the Caribbean,” the forecast states.

The forecast cited the likelihood of above-average ocean temperatures, which provide the fuel for hurricanes. And it cited the likely absence of an El Niño, the occasional warming of the Pacific Ocean that produces windshear over the Atlantic that can tear up storms as they try to form.

Early season predictions tend to be less accurate. Colorado State and other forecasters typically issue additional forecasts before the June 1 start of hurricane season and before the seasonal peak that starts in mid-August.

Despite the official June 1 start of the season, there’s a good chance of a storm forming in May, based on the previous few years.