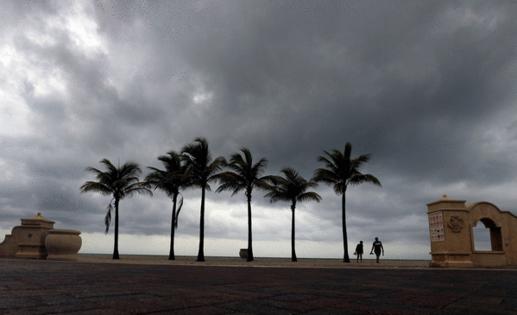 ORLANDO, Fla. — After two years of alphabet-depleting hurricane seasons, 2022 looks to be more of the same, according to predictions from weather site AccuWeather.

In its early season predictions released Wednesday, the site expects to see 16 to 20 named tropical systems. That’s just shy of last year’s 21 names and much lower than 2020′s record 30 named systems, but still above average.

AccuWeather also predicted six to eight hurricanes, of which three to five will be labeled major hurricanes with sustained Category 3 strength winds of 111 mph or greater on the Saffir-Simpson Hurricane Wind Scale. It also predicts that four to six hurricanes will make an impact on the U.S.

Last year saw seven hurricanes, of which four were major, and eight had a direct impact on the U.S.

While the official start of hurricane season is not until June 1, the site says 2022 has a high chance for a preseason storm to develop, which is what has seen storms form in May in each of the previous six years, and even an April system in 2017.

A system is named when it has rotation and sustained winds that surpass 39 mph, labeled as a tropical or subtropical storm depending on where it forms. It isn’t named a hurricane until sustained winds surpass 74 mph. Tropical waves and low pressure systems often form into tropical depressions before reaching tropical storm status.

The World Meteorological Organization maintains storm names that recycle every six years, with names being removed if they caused significant death or destruction. The list consists of 21 of the 26 letters in the English alphabet, skipping the letters Q,U,X,Y and Z. Before 2021, if more than 21 letters were used, storms were given names from the Greek alphabet, something that only happened in 2005 and 2020.

Moving forward, though, the WMO has come up with a new set of 21 more spillover letters, citing that the use of the Greek alphabet led to confusion and acted as a distraction from the danger the storms presented.