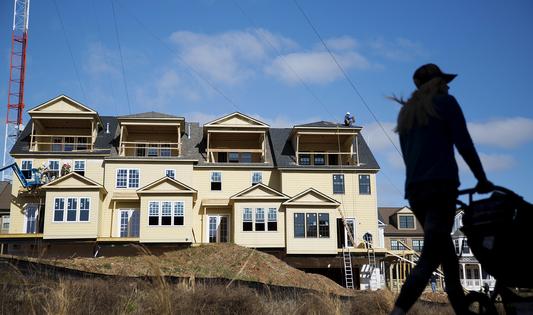 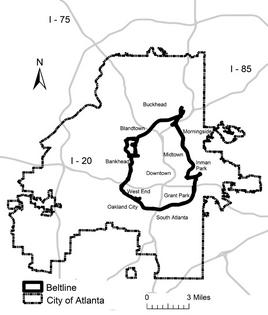 Is Atlanta a good place to live? Recent rankings certainly say so. In September 2022, Money magazine rated Atlanta the best place to live in the U.S., based on its strong labor market and job growth. The National Association of Realtors calls it the top housing market to watch in 2023, noting that Atlanta’s housing prices are lower than those in comparable cities and that it has a rapidly growing population.

But this is only part of the story. My new book, “Red Hot City: Housing, Race, and Exclusion in Twenty-First Century Atlanta,” takes a deep dive into the last three decades of housing, race and development in metropolitan Atlanta. As it shows, planning and policy decisions here have promoted a heavily racialized version of gentrification that has excluded lower-income, predominantly Black residents from sharing in the city’s growth.

One key driver of this division is the Atlanta BeltLine, a 22-mile (35-kilometer) loop of multiuse trails with nearby apartments, restaurants and retail stores, built on a former railway corridor around Atlanta’s core. Although the BeltLine was designed to connect Atlantans and improve their quality of life, it has driven up housing costs on nearby land and pushed low-income households out to suburbs with fewer services than downtown neighborhoods.

The BeltLine has become a prime example of what urban scholars call “green gentrification” – a process in which restoring degraded urban areas by adding green features drives up housing prices and pushes out working-class residents. If cities fail to prepare for these effects, gentrification and displacement can transform lower-income neighborhoods into areas of concentrated affluence rather than thriving, diverse communities.

The U.S. currently faces a nationwide housing affordabilty crisis. Many factors have contributed to it, but as an urban studies scholar, I believe it is important to learn from Atlanta’s experience.

U.S. cities generally are diverse places, and many of them are becoming more so. But the city of Atlanta is going in the opposite direction: It’s becoming wealthier and more white.

The most rapid gentrification occurred from 2011 onward, after the 2008-2010 foreclosure crisis. Globally, urban scholars call this period one of “fifth-wave” gentrification, in which a large increase in rental demand triggered speculation in rental real estate that drove up housing costs.

In Atlanta, this was when the BeltLine really hit its stride after being proposed in the early 2000s and formally adopted as a tax increment financing district, or TIF, in 2005. In these districts, anticipated increases in property tax revenues are used to front-fund development projects. No urban development project in metro Atlanta – and perhaps in the entire country – has been more transformative.

Even before the BeltLine TIF district was adopted, boosters, developers, consultants and many city officials began touting the benefits of a proposed public-private partnership that could remake large parts of the city. Shortly after the special taxing district for the project was formally adopted, the city of Atlanta created an affiliated nonprofit, Atlanta BeltLine, Inc., to implement and manage the BeltLine.

Walking faster with less effort is the idea behind a hot new consumer product that looks like skates and is being developed in the city's East End.

I’ve reviewed a few portable power stations, which are big rechargeable batteries you can use to power your stuff if the electricity goes out or you are away from any sources of power (off the grid).

As the batteries ...Read More

Microsoft Corp. is investing $10 billion in OpenAI, whose artificial intelligence tool ChatGPT has lit up the internet since its introduction in November, amassing more than a million users within days and touching off a ...Read More

MIAMI — A group of scientists say they’ve created a safer version of fentanyl that could potentially diminish the drug’s addictive side effects, which have resulted in annual deaths of tens of thousands of people ...Read More

At any given time, 50 or more vessels, ranging from massive cargo ships to small fishing boats, are motoring off New Jersey's 127-mile coast from New York to Delaware.

Allstate Corp. plans to tap the pool of recently fired tech workers to help the insurer overhaul its business.

The company — best known for auto and home policies — is investing in technology including artificial ...Read More