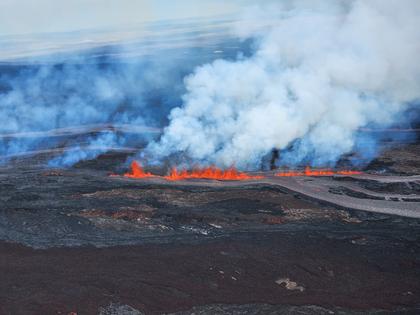 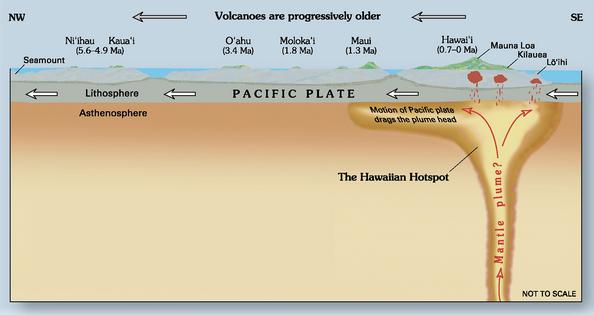 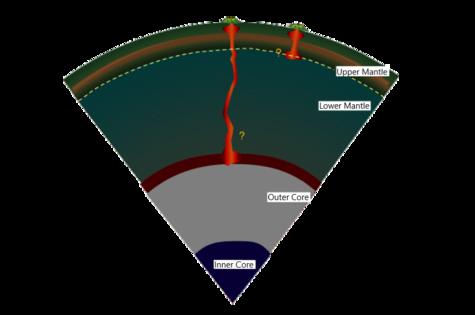 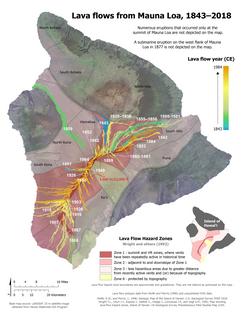 Where does all that lava come from?

We asked Gabi Laske, a geophysicist at the University of California-San Diego who led one of the first projects to map the deep plumbing that feeds the Hawaiian Islands’ volcanoes.

The magma that comes out of Mauna Loa comes from a series of magma chambers found between about 1 and 25 miles (2 and 40 km) below the surface. These magma chambers are only temporary storage places with magma and gases, and are not where the magma originally came from.

The origin is much deeper in Earth’s mantle, perhaps more than 620 miles (1,000 km) deep. Some scientists even postulate that the magma comes from a depth of 1,800 miles (2,900 km), where the mantle meets Earth’s core.

Earth’s crust is made up of tectonic plates that are slowly moving, at about the same speed as a fingernail grows. Volcanoes typically occur where these plates either move away from each other or where one pushes beneath another. But volcanoes can also be in the middle of plates, as Hawaii’s volcanoes are in the Pacific Plate.

The crust and mantle that comprise the Pacific Plate cracks at different places as it moves northwestward. Beneath Hawaii, magma can move upward through the cracks to feed different volcanoes on the surface. The same thing happens at Haleakala, on Maui, which last erupted about 250 years ago.

Scientists hypothesize that the mantle is not made of uniform rock. Instead, differences in the type of mantle rock make it melt at different temperatures. Mantle rock is solid at some places, while it starts to melt at other places.

The partially molten rock becomes buoyant and ascends toward the surface. The ascending mantle rock is what makes a mantle plume. Because the overlying pressure lessens as the rock ascends, it melts more and more, and eventually collects in the magma chamber. If a large enough opening exists at the surface, and enough volcanic gases have collected in the magma chamber, the magma is forced to the surface in a volcanic eruption.

Seismic imaging by research teams I’m involved with has shown that Hawaii’s mantle plume comes from deep inside the mantle.