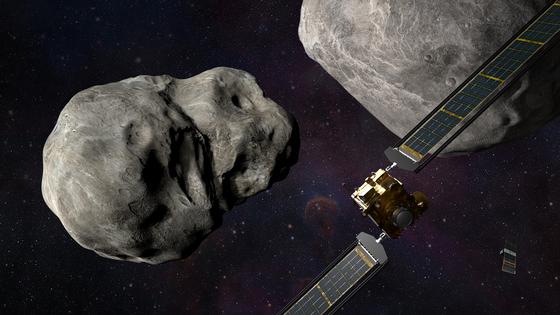 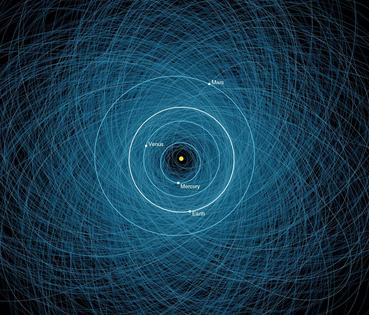 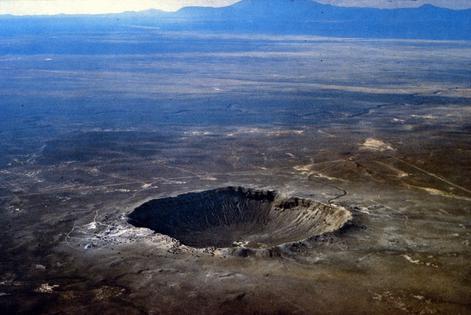 The large binary asteroid Didymos and its moonlet Dimorphos currently pose no threat to Earth. But by crashing a 1,340-pound (610-kilogram) probe into Didymos’ moon at a speed of approximately 14,000 mph (22,500 kph), NASA is going to complete the world’s first full-scale planetary defense mission as a proof of concept. This mission is called the Double Asteroid Redirection Test, or DART.

I am a scholar who studies space and international security, and it is my job to ask what the likelihood really is of an object crashing into the planet – and whether governments are spending enough money to prevent such an event.

To find the answers to these questions, one has to know what near-Earth objects are out there. To date, NASA has tracked only an estimated 40% of the bigger ones. Surprise asteroids have visited Earth in the past and will undoubtedly do so in the future. Experiments like the DART mission may help prepare humanity for such an event.

Millions of cosmic bodies, like asteroids and comets, orbit the Sun and often crash into the Earth. Most of these are too small to pose a threat, but some can be cause for concern. Near-Earth objects include asteroids and comets whose orbits will bring them within 120 million miles (193 million kilometers) of the Sun.

Astronomers consider a near-Earth object a threat if it will come within 4.6 million miles (7.4 million kilometers) of the planet and if it is at least 460 feet (140 meters) in diameter. If a celestial body of this size crashed into Earth, it could destroy an entire city and cause extreme regional devastation. Larger objects – 0.6 miles (1 kilometer) or more – could have global effects and even cause mass extinctions.

The most famous and destructive celestial impact took place 65 million years ago when an asteroid with a 6-mile (10-kilometer) diameter crashed into what is now the Yucatán Peninsula. It wiped out most plant and animal species on Earth, including the dinosaurs.

But smaller objects can also cause significant damage. In 1908, an approximately 164-foot (50-meter) celestial body exploded over the Podkamennaya Tunguska River in Siberia. It leveled more than 80 million trees over 830 square miles (2,100 square kilometers). In 2013, an asteroid only 65 feet (20 meters) across burst in the atmosphere 20 miles (32 kilometers) above Chelyabinsk, Russia. It released the equivalent of 30 Hiroshima bombs’ worth of energy, injured over 1,100 people and caused US$33 million in damage.

While the chances of a larger cosmic body striking Earth are small, the devastation would be enormous.

Russia’s effort to conscript 300,000 reservists to counter Ukraine’s military advances in Kharkiv has drawn a lot of attention from military and political analysts. But there’s also a potential energy angle.

“Splatoon” has been Nintendo’s most successful original franchise of the past 10 years. It’s a series that came out of necessity as the rise of competitive shooters left the company with a hole in its gaming ...Read More

Cold medicine, milk crates and even laundry detergent: These may seem like everyday household products to most of us but they have featured in viral social media challenges in the past few years.

These are the five most...Read More

This week a reader had a question is about antivirus software.

“I recently replaced my 12-year-old computer with my granddaughter's 3-year-old gaming desktop when she updated to a new device.

Finding the right computer accessory to solve a problem, work correctly and do what you want it to do, along with being simple to set up, isn’t always as easy as it seems.

A recent FDA warning about the latest social media challenge to go viral has brought renewed focus on the dangerous trend that endangers impressionable children and teens.

The need for affirmation on social media ...Read More