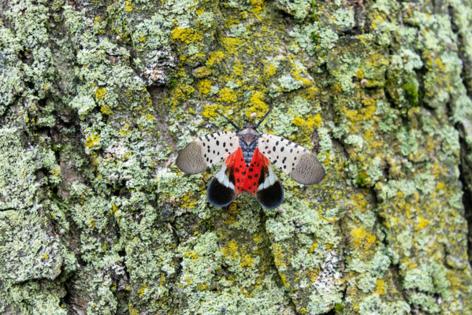 New Yorkers can do their part in the battle against the spotted lanternflies that threaten New York’s plant life, which is getting a multimillion-dollar boost to help poison, trap and track the pesky insects, Senate Majority Leader Chuck Schumer said Sunday.

“When you see a bug like this, stamp it out,” he said at a news conference near Central Park. “It can’t hurt you. They don’t sting, they don’t bite, but they can spread.”

He promised a $22 million federal allocation for the state to squash out the menace, with most of the funding to go to New York City.

Spotted lanternflies are particularly threatening because they feed off the sap of some 70 kinds of vegetation, Schumer noted, endangering plant life from Central Park to Long Island’s vineyards and beyond.

“These bugs are a real danger to our city, our state and even our country.”

Some $200 million already has been allocated to the U.S. Department of Agriculture’s Animal and Plant Health Inspection Service, according to Schumer.

Schumer urged the service to “send teams” to New York right away to join the fight against the moth-like insects that he described as “pretty ugly.”

“They don’t hurt humans, but they destroy plant life,” he said. “We’ve got to stop them in time — before they decimate our trees, our agricultural crops and our plants.”

Schumer said the infestation poses a serious economic threat to the state’s fruit and vegetable industry and to Long Island’s $6.5 billion wine business.

“All of that is at severe risk,” he said.

Native to China, India and Vietnam, the spotted lanternfly was first reported in the U.S. in 2014 in Pennsylvania. The insects have infested about a dozen states since then.