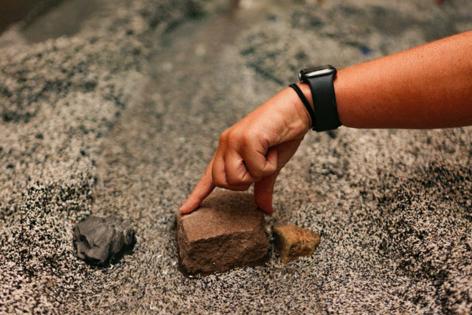 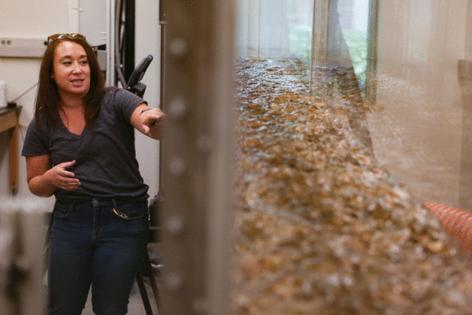 Changes in weather patterns may be unsettling river channels that have been historically sturdy, driving them toward two extremes: accelerated erosion or supercharged flooding.

Now a scientist at St. Louis' Washington University is starting a new experiment that could anticipate — and perhaps even prevent — damage wrought by intense rainfall, an issue that has taken on increased urgency after a record-breaking downpour flooded St. Louis last week.

"We're interested in what happens when the water hits the ground," said Claire Masteller, a geomorphologist at Washington University leading the project. "And how the landscape has to adjust to deal with the fact that the amount of water that hits the ground is changing."

Masteller and her team are setting up a lab that can simulate flooding in river systems around the world. The researchers will gush floodwaters through tubes and boxes of rocks and gravel to investigate how the structure of river beds evolves with shifting precipitation.

And scientists are watching.

The impact of climate change on river systems is difficult to understand, because factors that are simpler to study on land, like temperature and precipitation, become much more complicated when filtered through the water cycle, said Jason Knouft, a St. Louis University freshwater scientist who is not involved in the study.

Masteller's project could illuminate critical details, he said, of the impact of climate change on specific rivers.

"And that has all sorts of implications for ecosystems, human uses of river systems and water security," Knouft said.

The shape of even the largest river channels starts with the smallest rocks on a river bed.