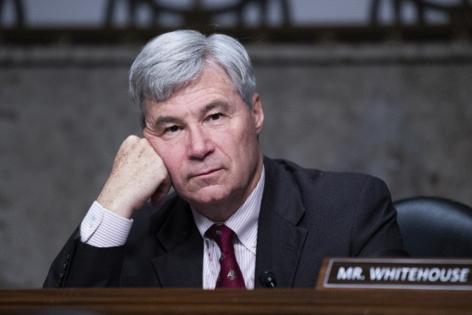 WASHINGTON — When President Joe Biden went to Capitol Hill in October to arm-twist for his signature environmental and economic legislation, many Democrats remained hopeful the bill’s climate provisions would survive.

But Rep. Alan Lowenthal, D-Calif., was worried. If the bill failed, Congress might not get another shot for years.

“We’ve never done that before — really reduce emissions,” Lowenthal said in an interview. “This is the one opportunity. If we don’t do this now, if we don’t really begin to lower emissions, this planet has no chance. … We have a few years left and that’s it.”

He paused. “The planet is dying.”

Seven months later, Washington’s focus has moved to the war raging in Ukraine; midterm elections threaten the Democrats’ thin majority on Capitol Hill; emissions have roared back following pandemic lockdowns; and the likelihood of Congress passing legislation to match the scale of the climate crisis appears slim.

The House passed that budget reconciliation bill, a roughly $2 trillion climate and social policy piece of legislation, in November. But the bill, which all 50 Republicans and two Democrats in the chamber oppose, is languishing in the Senate.

Without it or similarly ambitious federal legislation, the U.S., responsible for the largest portion of carbon pollution of any country, will miss its target of cutting emissions in half by 2030 and zeroing them out by 2050, experts say.

Text of the bill should be ready within weeks, said Whitehouse, who outlined paths for the reconciliation legislation and a separate climate bill.