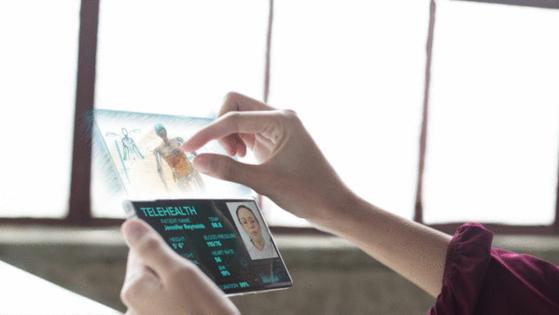 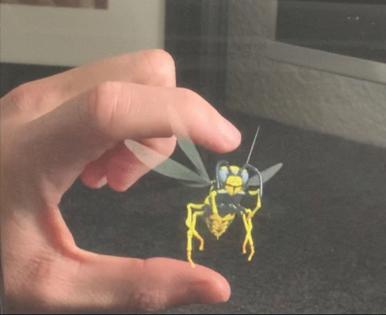 IKIN, founded four years ago by Taylor Scott Griffith and Joe Ward, is working on volumetric hardware, "neural adaptive" artificial intelligence algorithms and other software to deliver holograms on small devices — including an accessory that attaches to smartphones.

IKIN's products aren't ready for prime time yet. They remain in the beta testing or special order phase. When they do launch commercially, they'll face stiff competition from more established technologies, such as augmented reality smart glasses and virtual reality headsets.

"When I look at holographics, I don't know that there is a huge market today or in the next couple of years," said Eric Abbruzzese, research director at ABI Research, which tracks the industry. "But I am excited to see the miniaturization of the technology. I think we're seeing the first of that with an IKIN."

If IKIN succeeds in delivering easy-to-use holograms without headgear, it could find audiences across a wide range of industries. They include video conferencing — with life-like Zoom calls and more engaging online education — e-commerce, healthcare, real estate, architecture, remote field repair and gaming.

Griffith, IKIN's chief technology officer, contends that holograms deliver a more intense emotional experience. He saw that first-hand while working on holographic shows in Las Vegas, which he declined to name. But holograms are used in some stage productions to bring back deceased performers such as Tupac Shakur, Whitney Houston and Michael Jackson.

"You would have people weeping, especially when it came to the holographic resurrections," he said. "It is really an incredibly powerful thing.

"I was working to create this optics system," he continued. "It is easy to create large-scale systems but incredibly difficult to create a functional small-scale system when it comes to holograms. I finally stumbled upon a solution."

The young company's technology has popped onto the radar of a U.S. military contractor, which included it as part of a 5G logistics demonstration at a military warehouse in Georgia.

"Wait a minute," you're saying to yourself. "They're already pushing holiday shopping and Christmas stuff down our throats, and it's barely November?" Yes, we hear you. But we're already hearing rumblings about empty ...Read More