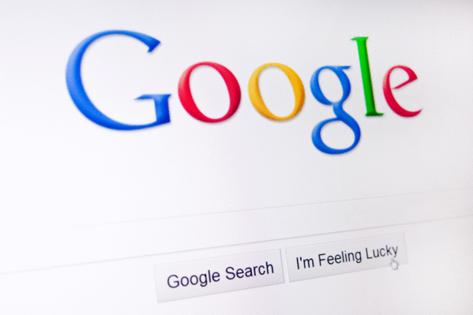 Google is making a fortune by selling users’ personal information despite the company’s pledge that it never sells the data, a lawsuit filed this week claims.

The purported sales of data occur “continually and surreptitiously” via the Mountain View technology giant’s “real-time bidding” system for digital advertising spots, according to the suit filed Thursday in U.S. District Court in San Jose by three Google users, who are seeking class-action status.

While advertisers use the data to put targeted ads in front of people who will be most receptive, other companies are also “siphoning off” and storing the “bidstream” data of Google users, the suit alleged. “Many participants do not place bids and only participate to conduct surveillance and collect ever more detailed data points about millions of Google’s consumers,” the suit claimed.

Google, in a brief emailed statement Thursday, said privacy and transparency are core to how its ad services work. “We never sell people’s personal information and we have strict policies specifically prohibiting personalized ads based on sensitive categories,” spokesman José Castañeda said.

“Few Americans realize that companies are siphoning off and storing that ‘bidstream’ data to compile exhaustive dossiers about them,” both letters said. “These dossiers include their web browsing, location, and other data, which are then sold by data brokers to hedge funds, political campaigns, and even to the government without court orders.”

While Google says user information is “anonymized” and shared with “just a few partners,” it allows ad-auction participants to match data they already have from other sources with unique identifiers provided by Google to identify individual users — even those who have taken measures to keep from being tracked, the suit claimed.

The suit points to “a history of privacy violations” at Google that have drawn government sanction. In 2010, the Federal Trade Commission charged that the company “used deceptive tactics and violated its own privacy promises to consumers” when it launched a now-defunct social network. Google settled with the FTC. But two years later, after being charged by the FTC with violating the settlement by misrepresenting to users of Apple’s Safari browser that it would not place tracking ‘cookies’ or serve targeted ads to them, the company paid a $22.5 million fine.

In 2019, Google agreed to pay $170 million to settle claims by the FTC and New York Attorney General that YouTube illegally collected personal information from children without their parents’ consent, the suit noted. Last year, a French high court upheld a 50 million Euro fine against Google over alleged failure to obtain users’ consent for using their data for ad targeting, the suit said.

The plaintiffs — California residents Meaghan Delahunty and John Kevranian, and Meghan Cornelius of Texas — claim that a “large portion” of Google’s 2020 ad revenue of $147 billion came from collecting and selling user information. They allege Google is breaking laws related to privacy, contracts and unjust enrichment, and are seeking unspecified damages for themselves and millions of other Americans they seek to bring in as class members.