Cowgirl for a Day at Arizona Cowboy College 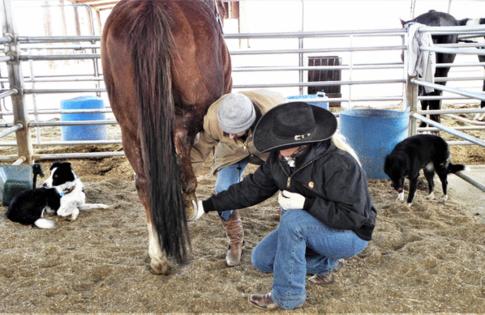 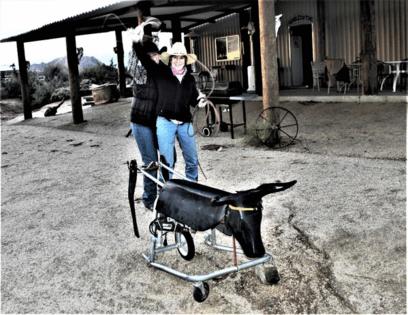 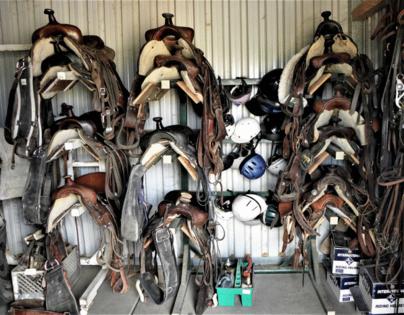 So began my first riding lesson at the Arizona Cowboy College in Scottsdale. After that came instructions in grooming, shoeing, advanced riding techniques and roping. And this was just a one-day primer to what other "city slickers" channeling Billy Crystal experience in their five-day cattle drive at the college.

The day began with some initial instruction from Jigger Boss Elaine, whose main goal seemed to be to keep us from falling off the horse and to avoid getting kicked when not on it. My experience up to then had been an occasional trail ride where the horse was presented to me all spruced up and saddled and all I was expected to do was mount it. Not so here.

Prior to even thinking about actually riding the animal, I was taught how to groom and brush her -- Billie, a brown mare -- and how to do so safely. Elaine showed me how to pick up Billie's hooves and clean out the bottom of the horseshoe with a pick, removing the excess dirt, pebbles or nails before taking her out. My first thought was, "You want me to do what?" As I was cleaning out one of her hoofs, I couldn't help thinking there's 1,200 pounds of horse flesh here that with one thrust of the hoof I'm holding can flatten me. Fortunately, Billie was not so inclined.

During Saddling 101, my status as first-rate tenderfoot was further confirmed when I tried to pick up the saddle -- and collapsed under its weight. The idea that I was actually supposed to get it atop the horse was ludicrous.

Riding a horse in the desert is very different terrain from what most riders are used to, and that -- in part -- is what brought Bob and Carol Skinner, local racehorse owners and my cohorts at the ranch, to the college.

Bob, who has been around a lot of very different racehorse disciplines all his life, claimed that each discipline thinks its methods are the right ones in terms of training and expertise. Always looking to learn something new, he says he came to Cowboy College to see how the cowboys do it as opposed to racers. That much I understood. What came as a surprise was that as much as Bob knew about horses, he did not really ride. And while Carol did, her expertise was with racehorses; cowboy steeds were still a mystery.

To begin with, racers ride Eastern saddles, which carry with them proscribed rules of posture and deportment much more regimented than the more relaxed rules of Western riding. They have two-handed split reins instead of the one-handed neck reins; riders in the West must have one hand free to shoot rattlesnakes and rope steers. It is amazing how much of how you and your horse interact is determined by how you hold the reins.

Prior to heading out on our ride, we hunkered down at the bunkhouse for chow. The fact that it was bologna, ham and cheese on white bread with mayo seemed perfectly fitting.

In the mid-1800s so much precious metal covered the ground in Nevada that prospectors could shovel it up. A century later an avian disaster struck bird life along the Louisiana coastline. Today ...Read More