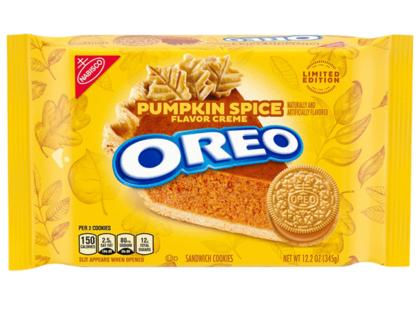 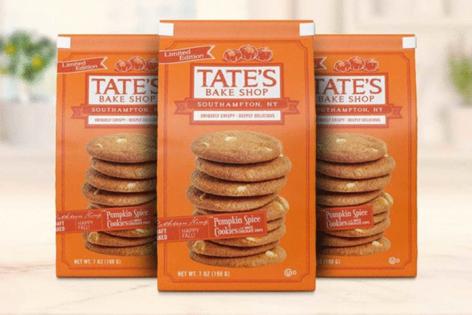 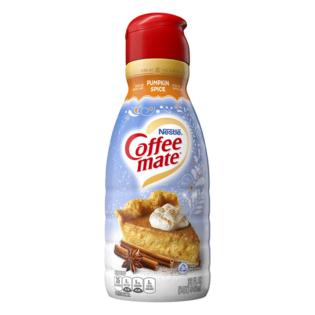 Pumpkin Spice pandemonium is upon us — and it’s not even Sept. 22.

Weeks before the first day of Autumn, a slew of food brands have announced new offerings based on the seasonal flavor profile that is beloved by some, and maligned by others.

Researchers at Johns Hopkins University point to the smell of pumpkin spice — with notes of cinnamon, nutmeg and ginger — as the reason why people love it so much. According to data released in 2021, the aroma reportedly conjures deeply rooted cozy memories of the late year season.

In contrast, the ubiquitous fall-time flavor has its detractors. On social media platforms, “I Hate Pumpkin Spice” groups have strong followings, and there’s even merchandise sold on e-commerce sites such as Etsy, Poshmark and Amazon underscoring the disdain.

Love it or hate it, pumpkin spice is big business.

2018 data from Nielsen and Forbes determined sales for pumpkin spice products exceeded $600 million, an exponential increase of $500 million from three years before.

And food brands are getting in early on the action in 2022.

Following a five-year hiatus, Oreo brought back its Pumpkin Spice Sandwich Cookies as of Monday.

“These limited edition Oreo cookies feature two golden wafer cookies filled with a rich pumpkin spice-flavored crème, making them supremely dunkable and delicious,” the brand described on its website about the certified kosher offering, which was officially announced Wednesday.

“Consumers’ enthusiasm for pumpkin spice shows no sign of slowing down, and Tate’s Bake Shop is excited to debut our crispy cookie twist on this classic fall trend,” the Southampton, New York-based company’s marketing chief Lauren Sella said in a statement, adding that they remain committed to meeting the evolving tastes of their customers.

Certified kosher, Tate’s pumpkin spice cookies are available this month with a suggested retail price of $5.99 for a seven-ounce bag.

Available in 14-ounce packages, both seasonal cookie doughs have a suggested price of $3.49.

And before Starbucks — which is credited with mainstreaming the pumpkin spice craze with its most popular seasonal caffeinated concoctions — starts rolling out its fall menu offerings, the Coffee Mate Pumpkin Spice Flavored Creamer has been popping up in retailers nationwide within the last several weeks.

With the idea that “the coffee shop isn’t required to enjoy your favorite fall flavors,” the self-described No. 1 creamer also comes in a Zero Sugar version and retails at or around $4.39 for 32 fl. ounces.

There are some days when you just don’t want to turn on the oven. Other days, the oven is occupied with other components for dinner. That’s why I love this method for cooking acorn squash in the microwave! It’s such ...Read More