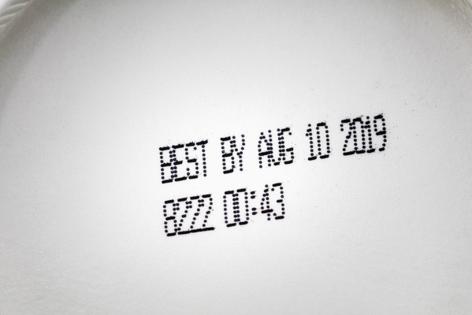 Is it starting to feel to you like we as a society are starting to lose all control? As if we are spinning in ever-widening circles, like a falcon that can’t hear its falconer. As if everything is falling apart?

I recently had the occasion to make some cookies with macadamia nuts (and chunks of white chocolate — I know, right?). I bought three small bags of macadamias, a cup and a half of the sweet, deliciously fatty nuts. It cost me almost 10 bucks.

But the price is worth it for cookies made with macadamia nuts and white chocolate chunks.

The dough — yes, I tasted the uncooked dough even while knowing the potential adverse effects — was rich with butter, brown sugar and vanilla. I stirred in the macadamia nuts and the white chocolate and popped it all in the oven.

When the cookies came out of the oven and had cooled to the point where I could try one, I tried one.

And it was awful. It tasted … rancid. I bit into one of the macadamias, and I was right. The macadamias had clearly gone bad.

I checked one of the bags that the nuts had come in, and it said they were best by April 10.

“Well, that’s not too bad,” I thought, and then I looked again.

The nuts, which I had bought the day before, had expired more than a year and a half ago. All three bags had the same “Best By” date.

OK. It happens. I wouldn’t have mentioned anything, but the next day my wife brought home some toasted almonds from a different grocery chain, a fancier and more expensive store. We sprinkled some on our fruit salad.

And they too were rancid.

Maybe they weren’t as awful as the macadamia nuts, but they were awful. The almonds were sold in bulk, so they did not have a “Best By” date, but they were clearly no longer best or even better.

It wasn’t just the taste. The almonds also caused some very mild stomach distress. Had we eaten more of them, the distress would have been less mild.

Like every other industry, grocery stores are having trouble hiring and retaining employees. I get that. But is a lack of personnel the reason they can’t keep fresh nuts — or even vaguely edible nuts — on their shelves?

Is this mere anarchy, or something worse — a blood-dimmed tide?

Nuts go rancid. If it were just nuts, I wouldn’t worry so much about my lack of conviction. But the rancidity also spread to crackers. And if there is one thing I like more than nuts, it’s crackers.

A few months ago, we brought home a package of those delicious mini-flatbreads that we love so much. We brought out a big pile of cheese, opened the plastic around the crackers and prepared to dig in.

You’re way ahead of me here: Yes, they too were rancid. Not just stale, but the oil in them had gone rancid.

The store where I purchased the macadamia nuts and the mini-flatbreads, has those cute robots that wander aimlessly up and down the aisles, taking inventory. Obviously, they replace a human worker who would otherwise do the same thing for a lot more money, but the human worker could also check all the products for expiration dates and remove the items that are going to sicken the customers.

Robots can’t do that. Not yet.