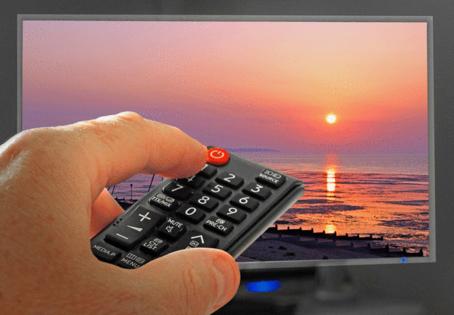 DEAR JOAN — My Maine coon cat seems to like watching the TV. She sits about 3 feet from the 49-inch TV. Her eyes follow what is going on and when the scene changes quickly, she will jump.

Is this normal? My previous cat could care less about the TV.

DEAR MICHAEL: It's actually not uncommon for a cat to watch television. That said, none of the cats I've had in my life ever paid a bit of attention to the TV, so I think your kitty is special.

Experts say that cats that watch television, especially those that follow the movements on the screen and react, might have highly developed prey drives, and they might be bored.

There's little worry about letting your cat watch television, if you don't count a serious case of cute overload. For cats that spend a lot of time alone, it can provide some mental stimulation for them. The biggest concern is if the cat gets too engaged and attacks the TV, which could injure the cat and isn't going to do a whole lot of good for the television set, either.

For those who don't want their felines turning into cat couch potatoes, try spending more time engaging with them, get some interactive toys and provide a perch for them near the window. If you don't mind the TV viewing but don't want them watching "The Catchelor" or too many cat food commercials, you can buy DVDs of birds and other animals for them to watch, but not harm.

DEAR JOAN: We had an animal visitor to our backyard the other night that has us stumped.

Our cat saw it out the patio door window first, and she made a sound that we've never heard her make before, which made sense because it was something we had never seen before.

At first glance we thought it was maybe a small possum. It had a very long snout but looked more like an aardvark than a possum. It appeared to be nearly hairless and when it turned sideways, it had a full tail like a fox. It was like something out of a sci-fi movie.

I just spent a half-hour online saying weird combinations into Siri, including, "Can a possum and a fox mate?" and I have come up with nothing.

There is a small gulley at the bottom of our hill. Last year we had both foxes and possums, but nothing like this. Any ideas?

DEAR C. AND M.: One thing I can tell you for sure, I won't be visiting you, not with a fossum or an opossox roaming the area.

Seriously though, I think there is an excellent chance that you saw something not a lot of people ever see, and it's not from outer space. It sounds like you might have had a visit from a ringtail cat.

They are timid and shy, so they tend to stay away from people and developed areas, but because they have quite the appetite for a small creature — they are about the size of a small cat or a ferret — they sometimes sneak into backyards on a nocturnal hunt for food.

Although we call them cats, they're actually in the raccoon family.

TAMPA, Fla. -- In the pandemic summer of 2020, Sarah Logar went to the Humane Society to find a canine friend. She was thinking black Lab, but there was this long-limbed puppy, caramel coat, big brown eyes, and very happy ...Read More

(UPI) An athlete from the Netherlands who stands at 5 feet,11.92 inches has been declared the tallest female bodybuilder in the world by Guinness World Records.