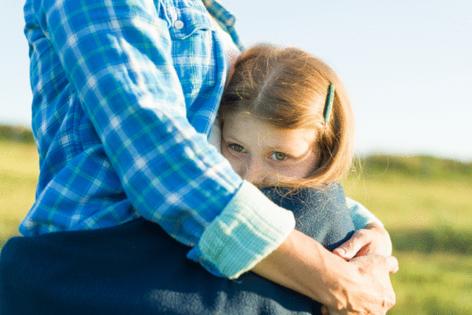 In a sense, that’s true, albeit this mom’s definition of respect hardly lines up with that of said expert. She refers, obliquely, to an egalitarian relationship in which the two parties are on a level playing field. It’s a post-1960s fantasy that held me captive for some time in my early parenthood. Thankfully for all concerned, I was able to purge it before it ossified in my head and proved my stepfather a prophet.

That expectation is in the child’s best interest. Research affirms common sense: to wit, the most obedient kids are also those with the highest levels of well-being. Obedience, fundamentally and most authentically, is an act of trust. The compliant child is not close to being the mindless robot of psychological myth. He simply acknowledges that he requires competent big people in his life, taking care of business, and that “his” big people are taking impeccable care of business on his behalf.

Children need adults they can depend upon. They need adults who earn their respect. Some adults, unfortunately, believe they deserve the respect of the children in their care, that it is their natural due. Said adults are often found becoming enraged at children who do not give that to which they feel entitled. Others — I suspect the above mom was one of these — confuse being respected with being liked. They often wonder why, given the sincerity of their efforts to be likable, their children don’t obey them.

Fact is, I can like you and not really respect you; likewise, I can fail to find you likable, but respect you nonetheless. I can even fail to find you very likable but love you just the same. My sense of security does not depend on my response to you, but your child’s sense of security is very dependent on his response to you, and you are the determining factor in that regard.

Your child needs to respect and obey. If there are days when he doesn’t like you, oh well, that too will pass. Why would an authentic adult who is taking proper and steadfast care of business on a child’s behalf worry if said child doesn’t seem to like him on Wednesday … or even Wednesday, Thursday, and Friday? Or even for several weeks running?

How does an adult earn a child’s respect? By simply acting like he knows what he is doing. Said adult communicates to said child that he does not need the child’s input to know what to do and he surely is not concerned whether, in any given instance, the child likes what he decides and does. The child is not at the center of his worldview, but he is at the center of the child’s worldview and he occupies that center with authority, grace, and good humor.

While the country is divided over COVID-19 vaccines — and Florida lawmakers plan to pass laws to undermine federal mandates — another ominous problem is going largely unnoticed: Routine immunizations for children, ...Read More

PITTSBURGH — When Katelyn Collins spotted a Harry Potter costume in August, she envisioned how perfect a lightning bolt would look peeking out from beneath her 7-year-old son’s Harry-like dark brown hair on Halloween ...Read More

That changed a few years ago, when Gottfried began researching his family tree. He started with his father's parents — Jews who ...Read More