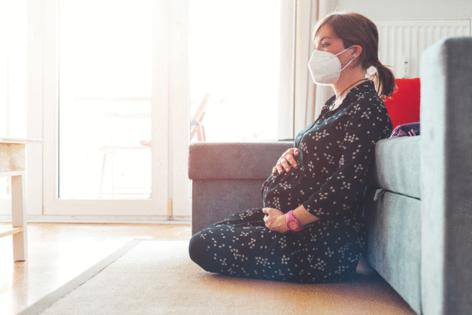 “Nine months after folks are forced to hunker down and ride out a natural disaster, the birth rate suddenly spikes,” explained an article on Fatherly, a parenting news website. “Whether it’s the boredom...or the sense of impending doom, there’s something about these situations that makes people do what comes naturally.”

This month, Fatherly ran a sequel titled, “The COVID-19 Baby Boom is a Lie.”

But it isn’t a lie. In the Philippines and other poor countries where families were already struggling to make ends meet, lockdowns did cause a spike in pregnancies, largely because women were unable to access birth control.

The pandemic has had profound impacts on pregnancy and birth rates, as well as birth outcomes, and the long-term consequences could ripple through economies, education systems and more. The thing is, some effects have defied expectations, and some are hard to explain.

For example, the premature birth rate declined last spring and summer — around the world. Vincenzo Berghella, director of maternal-fetal medicine at Thomas Jefferson University Hospital, was one of the first to document the phenomenon, using data from his hospital. One possible partial explanation: telemedicine visits eliminated frequent, inconvenient, time-consuming treks to the obstetrician’s office, which lessened expectant mothers’ stress.

“You’d think the in-person care which we’ve been doing forever is beneficial, but maybe not in some ways,” Berghella said in an interview. “The bottom line is we don’t know why preterm births declined, but most people say this is real. It has been shown in Europe and Asia, as well as the U.S.”

But this unexpected pandemic benefit has socioeconomic nuances, researchers at the University of Pittsburgh Medical Center found. At UPMC Magee-Womens Hospital, the rate of births before 37 weeks of pregnancy declined by a percentage point among white women and those living in affluent neighborhoods, but not Black women.

NAPERVILLE, Ill. — Aaron and Tonya Rhoden always have big ideas together. They eloped in Hawaii in 2016, when he proposed at sunset on a mountain in Maui, and she wanted to get married the very next day.