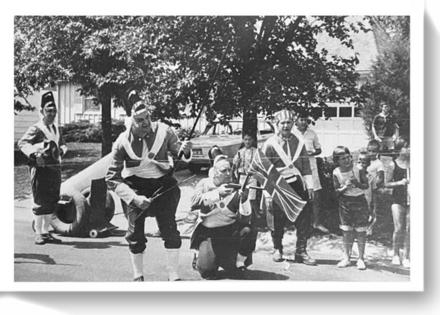 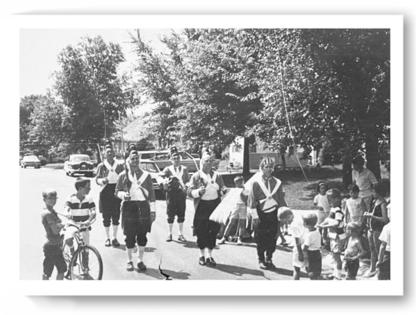 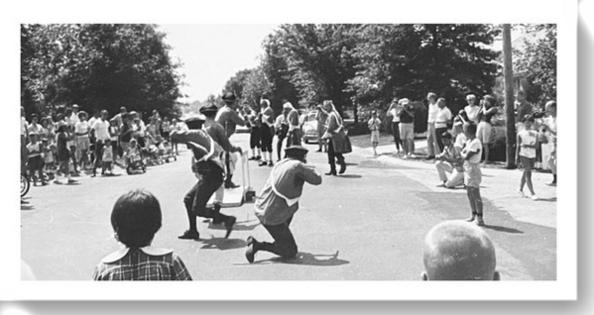 I witnessed the Boston Tea Party, the Battle at Concord and Paul Revere's Ride.

You didn't think I was that old, did you?

I was a kid at the time, living in a Kansas City, Missouri neighborhood that went all out for the Fourth of July.

Old, fuzzy black-and-white snapshots of the Battle at Concord sharpen the memories. Redcoats are lined up in costumes that aren't half bad if you can overlook the tie dress-shoes and long white socks pulled up over pant legs. They are wielding guns (not loaded) and a British flag. Kids, more kids, tricycles, bicycles, baby strollers and women wearing Bermuda shorts line both sides of the street.

Lest you become confused, there is signage. Magic marker on a poster board reads "Battle at Concord, April 19, 1775."

A small bridge sits in the middle of the street. The redcoats approach from one direction and the minutemen from the other. The minutemen fire and the British run like scared rabbits. Neither side suffers a single casualty — a slightly different outcome from the original Battle at Concord, but revisionist history had to start somewhere.

All that really mattered was that we whupped 'em again.

No one was overly concerned that the British were coming because we'd seen how they scattered like chickens year before.

The most memorable of the gatherings was the year of the Boston Tea Party. Grown-ups worked hours in a neighbor's garage building a ship on a platform on wheels. There was even a party table on board the ship with a punch bowl and cups, courtesy of my mother. The crowd roared as crates of tea were heaved onto the blacktop. Our dad was on board, heaving tea and celebrating with punch.

He took a nap in the front yard beneath the shade of an elm tree that afternoon. My mother mentioned that she had spiked the punch aboard the ship. Yes, she had taken liberties.

I have often wondered if the Fourth of July in our old neighborhood was over the top because so many in our neighborhood had served in World War II. Military service had been borne by the many in those days, not just a few.

They had seen the horrors of fascism with their own eyes, just as they had witnessed the bloody cost of freedom. Many bore some of the costs for a lifetime. Shared sacrifice yielded a strong pulse of patriotism.

There were Democrats, Republicans, non-voters, white-collar and blue-collar workers among those staging those Fourth of July celebrations, but the differences among them were superseded by a love of country and deep respect and appreciation for freedom.

There is no perfect nation. There never has been and never will be. That said, we have always been a city shining on hill, a nation of possibilities, hopes and dreams. Maybe it's possible that a respect for freedom and love of liberty will unite us again.

PHILADELPHIA -- Her baby was dead.

There was nothing she could do to change that heart-shattering fact.

But then she learned of a way that other women have found to ease the pain, to add meaning to an unthinkable tragedy...Read More

This story contains multiple references to suicide, mental illness, and self-harm. If you or someone you know is thinking of suicide, call the National Suicide Prevention Lifeline at 1-800-273-8255 or text TALK to the ...Read More

Sandra Hartman has endured an onerous course of treatments for her stage four breast cancer — six months of chemotherapy, a mixture of pills and infusions that required her to get a tube implanted under her skin, giving ...Read More