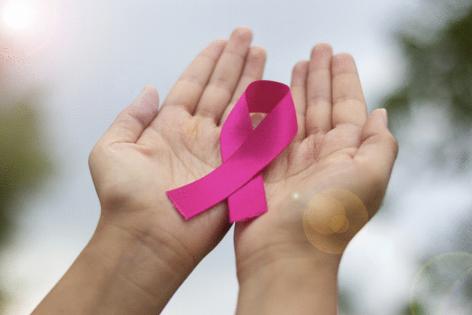 Sandra Hartman has endured an onerous course of treatments for her stage four breast cancer — six months of chemotherapy, a mixture of pills and infusions that required her to get a tube implanted under her skin, giving doctors perpetual access to her veins.

Comparatively, her most recent treatment venture was comically easy.

Hartman was one of the first participants in an ongoing clinical trial out of Duke University Medical Center that is testing the efficacy of a breast cancer vaccine that uses mRNA, pieces of genetic material that tell the body how to make proteins. Unlike many existing treatments for metastatic breast cancer that indiscriminately kill cancer and non-cancer cells alike, the vaccine expertly identifies cancer and teaches the immune system to fight it.

Zachary Hartman, a Duke researcher involved with the trial who is also Sandra’s son, said oncology has long relied on a brute force approach to rid the body of cancer. During chemotherapy, for example, the body is flooded with poison with the hopes that rapidly dividing cancer cells will die off before the rest of them do.

“That’s sort of been the backbone for oncology for 50 years,” he said.

The vaccine’s specificity could both make treatments more effective at keeping the body cancer-free and reduce side effects.

“I think we can all envision a world where these kinds of approaches would be more effective and have less side effects than chemotherapy,” he said.

His lab developed a vaccine for women who have tested positive for HER2 proteins, which are present in about a fifth of women with breast cancer.

On the surface of Sandra’s cancer cells, there are hundreds of thousands of HER2 proteins that tell her cancer to rapidly grow. These proteins make the cancer particularly aggressive — but they also provide a landmark that medications can use to identify which cells are cancerous.

The cancer vaccine creates copies of the HER2 proteins and itself to teach the immune system it should view those proteins as a threat.

“It’s like you’re teaching your immune system to fight off the cancer and that’s really the best chance, I think, of eliminating it for good,” he said. “You root it out everywhere and then you have this active surveillance system within your body to keep it in check.”

Studies have shown the vaccine to be effective at killing breast cancer cells in mice, but it’s too early in clinical trials to know how effective the treatment will be in humans

About half of the participants will receive the vaccine alone while the other half will receive it in conjunction with an antibody drug that bolsters the immune reaction to cancer cells.

Though it’s still early in the clinical trials, Hartman said the side effects from this vaccine have been negligible compared to other treatment options.

“They’re way safer than a lot of cancer drugs,” he said. “It’s kind of like the side effects from a COVID vaccine — maybe you feel a little fatigued the next day or you get a fever.”

There is still a long way to go before the vaccine is approved for clinical use. Researchers would still have to show extensive evidence that the vaccine is effective and safe through at least one more clinical trial. In order for the vaccines to be used as a first defense against metastatic breast cancer, even more rigorous trials would need to be conducted to show that it is more effective than existing treatments like chemotherapy.

DENVER -- When Kyra Solomon, who just finished her first year of teaching, moved to Colorado, she noticed there weren’t many Black teachers.

“One thing I’ve kind of been missing since I’ve been to Denver is not ...Read More