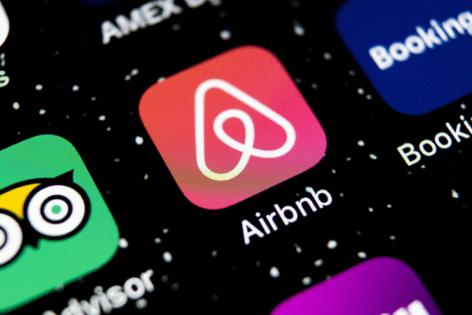 CHARLOTTE, N.C. — Natalie Siburt purchased her first home in Charlotte last month and, until recently, she’d been settling in nicely.

But last Tuesday evening, she spotted a man dropping off luggage at her door. When Siburt approached him, he asked about checking in to the Airbnb located inside her condo, as described in a TikTok video.

Siburt, a Greenville, South Carolina, native, says she was perplexed by the stranger’s query. She had no idea her home had been listed on the popular short-term rental site by the previous homeowner’s tenant.

“I told him, ‘Oh, I think you might have the wrong address, this isn’t an Airbnb,’” Siburt said in an interview with The Charlotte Observer. “He showed me the check-in instructions on his phone and it was my address.”

Siburt initially thought it might be a scam, so she turned to her neighborhood Facebook group where she learned others in the community may have had an idea of what was going on.

“I posted in my neighborhood group and immediately all the HOA board members were like, ‘We know exactly what this is,’” Siburt said.

She later learned the stranger’s visit was the result of a scheme that dated back months.

HOA board members sent Siburt documents detailing a dispute between the previous homeowner and her tenant, who illegitimately listed the rented space on Airbnb.

The tenant breached her lease and HOA rules by passing the property off as her own and profiting from Airbnb bookings, according to Lori Terunuma, the previous homeowner. Reviews left on the listing indicated dozens of completed reservations.

Terunuma had leased the property to the tenant for nearly three years before evicting her, she told the Observer.

The U.S. housing market pulled back even more in September, with prices slipping 1.2% from a month earlier.

It was the third straight decline for the seasonally adjusted measure of prices in 20 large US cities, according ...Read More

The federal government plans to back mortgages of more than $1 million, catching up with the dramatic rise in U.S. home prices in recent years.

The 2023 limit for mortgages on single-family homes in high-cost areas, such...Read More

Residential customers will spend about 28% more to heat with natural gas than last winter, according to the U.S. ...Read More

A fitness tracker, gym membership, ergonomic chair, an air conditioner — if you didn't know your FSA or HSA may cover these items, you may not be getting the biggest bang for your buck out of these popular health care ...Read More