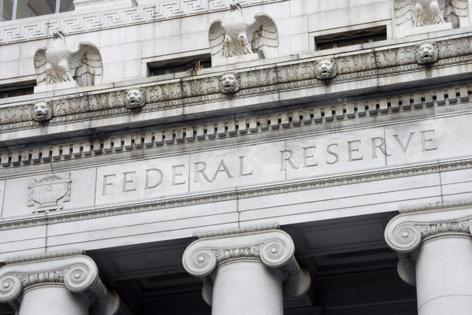 Last week, the Federal Reserve announced that it’s raising interest rates by half a percentage point, bumping the federal funds rate to a target range of 0.75 to 1.00 percent. The move follows an increase of 0.25 percent in March, as the Fed continues reducing liquidity to the financial markets to help tamp down soaring inflation.

The central bank also announced that it was further reducing stimulus to financial markets by letting its holdings of bonds decline over time. The Fed will work its way up to letting about $95 billion in bonds roll off its balance sheet every month, reducing liquidity by about $1 trillion per year.

The Fed’s move comes as inflation rages in the U.S. economy at the highest annual rate in some 40 years, hitting 8.5 percent in March. With the Fed hitting the brakes on an overheated economy, the main question for many market watchers is how fast Federal Reserve Chairman Jerome Powell & Co. will continue to raise rates.

“The Federal Reserve is behind the curve on inflation and has a lot of catching up to do,” says Greg McBride, CFA, Bankrate chief financial analyst. “This means rate hikes at successive meetings for the first time in 16 years, and for the first time in 22 years, a larger half-point hike.”

At about 3 percent, the 10-year Treasury bond is now at its highest level since late 2018, as markets price in the expectation of sustained inflation and rising rates. After some ups and downs in 2021, the benchmark bond has soared since December 2021 and especially since the start of March, when it sat at just 1.65 percent.

As the Fed embarks on what appears to be a longer period of raising rates, here are the winners and losers from its latest decision.

“Mortgage rates have bounded higher by 2 full percentage points since the end of 2021, one of the largest and fastest run-ups in history,” says McBride. “Mortgage rates move well in advance of Fed action and the outlook for inflation and the economy will be the key determinants of what we see with mortgage rates in the months ahead. Until we see signs inflation has peaked, the risk is definitely to the upside.”

The run-up in rates – following the rapid rise in housing prices over the past couple years – has created a double whammy for potential homebuyers. Home prices are more expensive and the financing is pricier, resulting in a slowdown in the housing market.