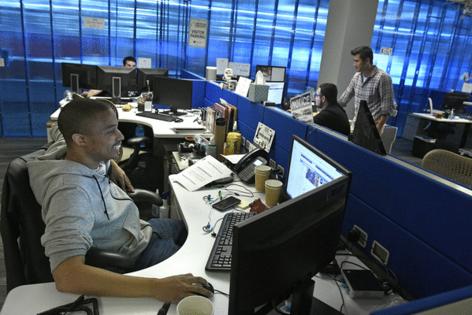 Consumers aren’t the only ones feeling the pinch from the rapid rise in interest rates this year. More mortgage firms are starting to let workers go as demand for mortgage refinancings falls off a cliff.

Employees at American Financing Corp. in Aurora experienced the harsh new reality facing the mortgage industry Monday when they were called to a Zoom meeting titled “Our Future Includes You.” For a large, but undisclosed number, that description wasn’t entirely accurate.

“The mortgage market is starting to normalize after being incredibly hot for the past two years. Like many lenders, we’ve had to assess our business needs and workforce alignment. We explored many angles but unfortunately had to lay off some of our employees. Those affected are receiving severance and benefits,” said Susan Cahill, president and COO at American Financing in an email.

Cahill declined to detail how many workers were let go and the Colorado Department of Labor and Employment hasn’t published a notice detailing the downsizing. But workers involved described it as substantial and effective immediately.

Mortgage rates, which started the year at around 3.1% for a 30-year loan, are now closer to 5.1%, according to the St. Louis Federal Reserve. That is the fastest upward move in mortgage rates in 35 years. Subtracting out points and other items, rates on 30-year loans are actually closer to 5.5%, said Lou Barnes, a capital markets analyst in Boulder with Cherry Creek Mortgage.

“The industry capacity is so bloated by the two years of COVID-19,” he said. “No matter how disciplined you are, everybody is going to get caught.”

The firms that kept their focus on originating loans for home purchases, however, are in a much better position to weather higher rates than those that chased the refinance market, he said.

For the week ended April 29, refinancings were just over a third of all mortgage applications, compared with nearly two-thirds at the end of last year, according to a weekly survey from the Mortgage Bankers Association. The MBA index of refinancing activity was 71% lower than the same week a year earlier, while purchase mortgage originations were down 11%.

When the pandemic hit, the Federal Reserve lowered its benchmark interest rates as low as it could and still stay positive. That set off a boom in the mortgage business as consumers rushed to lock in 30-year mortgage loan rates in the mid-2% range.

“Recently, mortgage layoffs have been driven by a major decrease in refinance demand and a dwindling pool of eligible homebuyers thanks to significantly higher mortgage rates,” wrote Colin Robertson, who has seen a revival of activity on a blog that he started in 2007 to track the mortgage industry downturn. “Simply put, mortgage companies must ‘rightsize’ as too many players chase far too few loans.”

Nicole Rueth, producing branch manager at Fairway Mortgage in Denver, said she can’t fault the mortgage firms that chased the opportunities presented to them during the pandemic. Many of the top-volume lenders got there by going after the “low-hanging” fruit of refinancings. But consumers should pay attention to how firms, such as Better.com, behave when the situation reverses on them.

“It is a statement of character,” said Rueth, who has hired one of the workers let go by American Financing.

Unlike the last big mortgage downturn in the ’00s, capital sources are not cutting off credit lines to mortgage lenders, Barnes said. The industry is facing a volume problem, not a credit quality problem.

Damian and Gabie Maldonado incorporated American Financing in June 2001 and survived the excesses of the housing boom and bust that took out the most aggressive lenders. More recently, the firm has featured humorous television ads starring former Broncos quarterback Peyton Manning.

In 2020, American Financing was Colorado’s third-largest residential mortgage lender, with a loan volume of $4.35 billion and the largest residential lender headquartered in the state, according to a list compiled by The Denver Business Journal. Detroit-based Rocket Mortgage, which held the No. 2 spot in Colorado on the list, recently announced it was letting go of 2,000 workers or 8% of its workforce nationally.