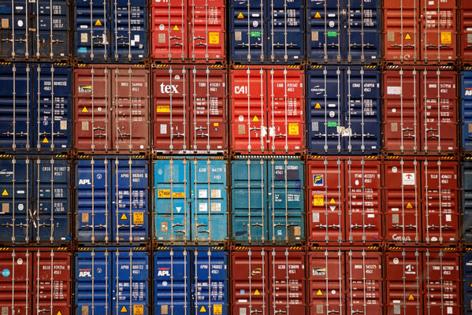 In spring two years ago, the coronavirus pandemic threw the U.S. economy into recession. Last spring, the proliferation of vaccines swung it into a rapid expansion.

This spring, speculation abounds that another recession is around the corner, maybe late this year or next year.

With official data expected later this month, the U.S. economy likely grew between 1 and 2% in the first three months of the year. But last year's snapback produced a faster drop in unemployment and bigger spike in inflation than nearly everyone expected. And balancing that out could require some bitter medicine: higher interest rates.

"The debate over the necessity of more rapid interest rate hikes, and the associated debate over whether that will push the economy into a recession, parallels, with a little bit of a lag, the acceleration in inflation rates," said V. V. Chari, an economist at the University of Minnesota.

Recession chatter dominated economists' analysis of new inflation data released last this month. Consumer prices rose 8.5% in March, likely the peak in a series of increases that started last April out of the 2% range targeted by policymakers at the Federal Reserve.

But worries about recession also bubbled up in the immediate days after Russia's invasion of Ukraine in February, with speculation centering on the effect of constrained energy and food supplies.

And with the balance of power in Congress at stake in the November election, political candidates — and the spin doctors and media around them — will be handicapping the possibility of recession and pointing fingers over it for months to come.

Here's a look at some of the key questions and influences in the recession debate:

What's a recession and how often does it happen?

Economies grow upward most of the time. But they're occasionally interrupted by a downturn, usually because excesses happen and a reset is needed. Recession is defined as at least two consecutive three-month periods of decline.