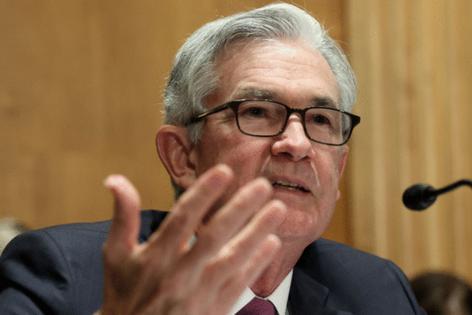 High inflation comes with a heavy economic price, but so can the Federal Reserve’s attempts to get it under control.

The Fed has a tried-and-true method for curing inflation: raising interest rates. But it’s a blunt instrument, with no room to fine-tune specific corners of the economy. Hiking borrowing costs is only successful because it slows demand across the board — and along with it, the economy and likely hiring, experts say. That’s despite U.S. central bankers projecting 10 rate hikes by 2023 yet unemployment holding at a half-century low, according to their latest economic projections.

“They’re trying to slow down the overall economy, and that would include firms’ appetite to hire, without ever saying that out loud,” says Luke Tilley, chief economist at Wilmington Trust.

Whether or not the Fed causes a recession is debatable, economists say. But the Fed’s actions will have consequences — it’s just a matter to what degree.

Few can argue that the financial system still needs access to the punchbowl at a time when consumer price gains in March hit another 40-year high of 8.5 percent. Fed Chair Jerome Powell himself said the economy is strong enough to withstand tighter monetary policy, and policymakers are betting that they can let some air out of the balloon without completely popping it.

“No one expects that bringing about a soft landing will be straightforward in the current context,” Powell said in a March 21 speech. “My colleagues and I will do our very best to succeed in this challenging task.”

Such is the sacrifice always at the heart of central banking, but it is this dilemma that could hurt U.S. consumers’ wallets. By many standards, the labor market is even tighter than it was before the pandemic and companies have had a record number of job openings for 13 months, giving jobseekers the rare bargaining power to negotiate for higher pay and more flexibility.

“Even if we don’t cause a recession, there’s going to be pain that we create. That is a reality,” says Marc Goldwein, senior vice president and senior policy director for the Committee for a Responsible Federal Budget. “But inflation is too painful. You can’t juice the economy forever and expect that it’s sustainable. You have to rip off the Band-Aid before it gets even worse.”

It’s also been nightmare fuel for markets, consumers and economists alike. Confidence in the U.S. economy has fallen to an 11-year low, the S&P 500 has dropped nearly 8 percent since 2022 began, and one of investors’ favorite recession indicators — the 10-year, 2-year Treasury yield curve — inverted for the first time since 2019.

Part of the fear is the Fed’s track record. Eight of the Fed’s past nine tightening cycles have ended in a recession, according to an analysis from Roberto Perli, head of global policy at Piper Sandler. Officials can struggle to see the runway when they attempt to land the plane because it takes time to tell just how much each rate hike is influencing the economy.