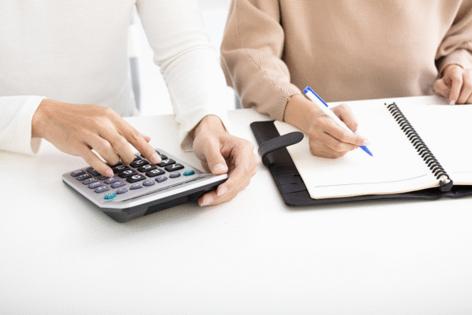 Researchers call them biases, though we know them as beliefs, often deeply held and, over time, ruining our financial lives.

A team of behavioral researchers at Morningstar, using survey data from a University of Chicago survey, quantified how four biases lead people to have less in savings, more debt and lower credit scores. Based on survey responses, 1,200 participants were sorted into three buckets: financially vulnerable, financially coping or healthy.

Any of these sound familiar?

Loss-aversion bias: When an investment falls below what we paid for it, our inclination is, rather than carefully reassess whether it remains a viable investment (or not), to tell ourselves, “I’ll sell when it gets back to my purchase price.” What makes you believe it’s going to bounce back? People afflicted with loss aversion bias were 1.33 times more likely to be in the vulnerable group than those with lower loss aversion.

Overconfidence bias: We’re often convinced we’re smarter than we are. Though decades of data has shown that most professional money managers won’t beat the market, billions of dollars remain invested in actively managed mutual funds. It’s overconfidence for most of us to believe we have better information than others. Researchers found that people who had a high level of overconfidence were 2.2 times more likely to land in the vulnerable group and 3.33 times less likely to save for retirement.

Present bias: Delayed gratification isn’t easy. A dollar spent today on something that brings us pleasure is so much more enticing than stuffing that dollar into a retirement account that we won’t use for decades. People who struggle the most with present bias were 1.97 times more likely to be in the vulnerable group. Low-present-bias people, though, are 7.5 times more likely to plan ahead for their future.

How to overcome your financial biases

Automate your savings. Whether it’s an emergency fund or a retirement account, the best way around present bias is to set up automatic direct deposits into those accounts.

Limit your risky behavior. Carve out a small piece of your overall investing pie for day trading or some not-grounded-in-fact bet. If you have 90% to 95% of your money riding on well diversified funds or exchange-traded funds for your long-term goals, and give yourself 5% or 10% just to see how smart you really are, that’s still a pretty good win.

Slow down. When you get an idea to do something, make yourself wait a few days. Letting the adrenaline around a decision drain a bit helps us make a clearer-eyed decision. And if it’s a very big decision, you owe it yourself to spend that time thinking through if you are making a fact-based decision or an emotionally satisfying one. When it comes to your money, double checking for biases can be the difference between financial health and a very vulnerable life.

Hire a behavioral bias watchdog. If you saw way too much of yourself in those costly biases, and aren’t sure you have the discipline to be less under their sway, working with a financial planner can be a worthy investment. A good advisor will be resolutely focused on what will work for you long term, and push you to plan for that long term.

FORT LAUDERDALE, Fla. — The disastrous collapse of the Champlain Towers South condo in Surfside has panicked condo owners across Florida who fear their insurance policies wouldn’t protect them against a financial ...Read More

DETROIT — Patrick Palmer, 53, of Detroit signed up with a new Michigan auto insurer and saw his monthly bill plummet.

Until last week, Patrick Palmer was paying an average of $295 a month to insure his 2008 Chevy ...Read More

CHARLOTTE, N.C. – The original family house of the late evangelist the Rev. Billy Graham was put up for sale in Montreat, North Carolina, this week for $599,000.

It’s the first and only property owned by the Graham ...Read More

Q: My husband’s is the only name on the deed to our home. He has children from a prior marriage and does not have a will. What happens to the house if he passes away? — Carol

A: Probate is the court-supervised process...Read More

CHICAGO — JPMorgan Chase is looking at development sites where it could lease as much as 1 million square feet in what could lead to one of the largest office leases in Chicago history. It also could mean changes for the...Read More

Ever wonder what it’s like to look at your credit or loan application from the other side of the desk?