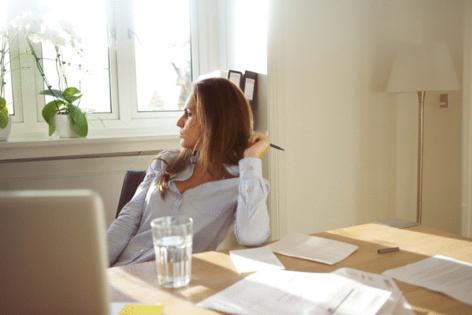 “It’s basically impossible to keep getting pay increases after (age) 35 or 40 if you’re not in a job that requires decision-making,” says David Deming, a professor of public policy at Harvard Kennedy School of Government. “I don’t think it’s widely known that wage growth in midlife is really tied to jobs that give you more decision-making authority.”

Let’s zoom out beyond you and your career path for a moment: For decades, workers’ earnings peaked, on average, in their late 30s. This has shifted in recent years, as artificial intelligence increasingly handles scripted or predictive tasks, leaving behind upper-level tasks that are open-ended and often require problem solving, critical thinking and judgment. Deming studied job ads back to the 1950s, and says that you can see this in today’s management job listings, which are often vaguely described, the equivalent of “run the department” and “figure it out yourself.”

Back to you: Sure, you don’t need to seek out jobs with decision-making tasks. Lots of professors and designers and other do-ers make dependable incomes in roles that involve minimal decision-making about their departments or organization. But their compensation plateaus in middle age.

Decision-making jobs are also safer long-term bets because they’re machine-proof. “You can create a machine that can do any one thing better than a person,” Deming says, who is among the first to study the economics of decision-making skills. “What machines don’t do very well is decide what to do in unstructured scenarios. It’s uniquely human work.” Technology is nowhere near automating, say, the choice of which resources to allocate in an organization, or which new markets to enter.

Deming has some suggestions for how to get on a decision-making career path:

Get decision-making practice early and often. Choose roles with lots of it, from the beginning. Some employers are known for giving lower-ranking employees more discretion. For example, Enterprise Rent-a-Car allows customer service workers leeway in deciding how to satisfy customers. Compare this to a job at a rival rental car agency, where the same role may be entirely scripted, which “is actually designed to minimize decision-making,” Deming says.

Pick jobs that can branch out into many future roles. Most organizations have relatively few high-paying decision-making jobs, so you want to position yourself to conceivably be eligible for lots of them. For example, an ambitious auditor or teacher or journalist may only be eligible for a small number of decision-making roles in one field. But a management consultant could apply for dozens of roles across their firm, competing firms, or the many companies in the industry in which they consult. “You don’t want to get pigeonholed,” Deming says.

Pick employers serious about employee evaluations. “Organizations will often pair employee discretion with a system of evaluation,” Deming says. You want the scrutiny. If you’re good at decisions, you’ll rise in the ranks. That can’t happen if no one notices your decision-making prowess.

Avoid freelancing. “Freelancers are by definition in relative isolation within a company,” Deming says. “They’re hired to do something specific, and not as integrated into operations.” If everybody else is on staff (and in-person), you probably need to be too. That sound you hear is your freelance writer sighing.

Consider being a generalist. “Decision-makers within an organization are often generalists,” he says. Not always, but often. Do a stint in product development, then tech, then HR. “The broader experience you have as a young person, the more you are able to make good decisions with limited information,” Deming says.

If you're creative, branch out. “That’s why you see a lot of artists go out on their own after a while,” Deming says. “They make more decisions, and also get more of the upside.” Successful musicians, for example, will work with a record label and later start their own.

Know that as far as salary and decision-making are concerned, you’re free to pursue whatever field makes your heart go pitter-patter, because all fields peak with high-paying, decision-making roles. For example, after college, an engineering major easily earns double the salary of, say, a history major in academia or publishing. But their two salaries may converge by their late 30s because coders’ salaries flatline unless they choose to move into roles overseeing products or managing people.

The history major, meanwhile, can choose to become an associate dean or associate publisher, and move up the decision-making (and salary!) ranks over time. At the end of the day, employees whose earnings rise through their 40s and 50s dependably have either authority over decision-making or people, or both. Go make some decisions.