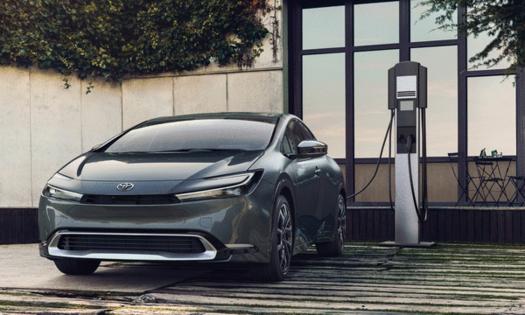 The new Toyota Prius doesn’t cut it. Not by a long shot.

The redesigned hybrid that debuted on Nov. 16 at the Los Angeles Auto Show won critical applause for its improved body. It looks less like a medical appliance from the 1980s and more like a pretty teardrop.

But the econo-appliance routinely owned by the nation’s absolute worst drivers (proven time and again by unscientific studies conducted by moi) is not the electric vehicle we deserve. We deserve something that looks so good, we glance back after parking near one. Something that makes us smile like a 9-year-old on helium gas and summer break when we press the accelerator. We need something that we drive because we love it, not because the neighbors say it’s “the right thing to do.”

As somebody who drives cars for a living, here’s what I think EVs should be in 2023 and thereafter.

To start with, sticker shock.

The average price of an electric vehicle in the U.S. is $66,000, a 13% increase over 2021, according to Kelley Blue Book. The average price for an internal combustion engine (ICE) vehicle is $48,000. You can see evidence of this disparity simply by driving around Anytown, USA: Count how many EVs you see in upscale neighborhoods versus working-class and poor neighborhoods. The discrepancy is sinful.

My colleague Kyle Stock reports that some wealthier EV owners hoard them. Which, uh, kind of defeats the purpose. Nearly 30% of new EV buyers in this year’s second quarter either traded a used EV for a new one or just bought another—and 9% of recent EV buyers already owned a hybrid, according to Edmunds. Worse, a recent Bloomberg survey of EV drivers showed 14% of respondents saying they owned more than one battery-powered vehicle. Some 6% said they have at least three.

This is a problem because EVs leave an enormous carbon footprint during production, far larger than those of gasoline-powered vehicles. The only way for an EV to offset that carbon, Stock writes, is in covering miles. But households that own more than one EV drive each successive vehicle less. EVs won’t save the world if only rich people buy them—especially if they’re just sitting in garages.