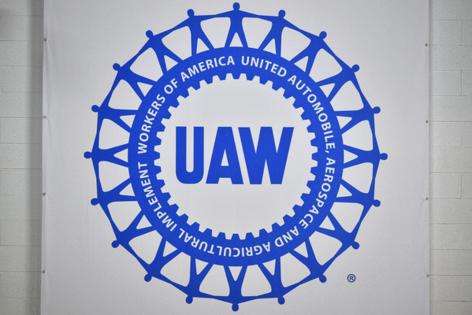 A candidate in the race to become president of the United Auto Workers is suing the union and its court-appointed monitor in an effort to extend the deadline by when members can request ballots and return them in the first direct election of top officers.

Will Lehman, 35, a worker at Mack Trucks Inc. in Macungie, Pennsylvania, on Thursday filed his case in the U.S. District Court for the Eastern District of Michigan seeking to extend the Nov. 28 deadline by 30 days. New York attorney Neil Barofsky, the UAW's monitor, has recommended members mail in their ballots no later than Friday to ensure they're received on time.

The election is the first opportunity for members to voice directly their approval or disapproval of the leadership of one of the largest and most influential unions in the country ahead of next year's contracts negotiations with the Detroit Three automakers. Those talks could have repercussions on plant allocation and worker pay and benefits for decades to come as the industry transitions to electric vehicles.

The "one member, one vote" system was chosen in a similar referendum last year, held as a requirement of a consent decree reached between the UAW and the U.S. Justice Department following a years-long investigation into union corruption that resulted in the convictions of 18 people, including two former UAW presidents.

Through Wednesday, 94,184 ballots have been received in the election to select the UAW's 14-member International Executive Board, according to the monitor's website, of more than 1 million that were mailed. Lehman alleges violation of the Bill of Rights of Members of Labor Organizations, a part of the Labor-Management Reporting and Disclosure Act that recognizes members' right to choose their own representatives and have equal rights and privileges to vote in elections.

"Without emergency intervention by this Court, the election that is currently taking place will fall far short of these basic guarantees," Eric Lee, Lehman's attorney, wrote in the suit. "The UAW and the Monitor have failed to provide anything resembling adequate notice to hundreds of thousands of rank-and-file UAW members, who are not accustomed to direct elections and would not ordinarily expect to receive ballots."

Lehman is a challenger to UAW President Ray Curry, who is leading the Curry Solidarity Team slate and is running for election to the presidency for the first time after being selected by his fellow IEB members in 2021 to replace the retiring Rory Gamble. Also running for president is Shawn Fain, an international UAW administrative representative with the UAW Members United slate; Mark "Gibby" Gibson, Detroit Diesel Corp. chairperson at Local 163 in Westland; and Brian Keller, a quality inspector at Stellantis' quality engineering center in Auburn Hills who ran against ex-President Gary Jones in 2018.

Requests for comment also were sent to the monitor's office and the Curry Solidarity Team campaign.

Despite the number of options, Lehman told The Detroit News many workers don't know about the election and haven't gotten a ballot as evidenced by the low ballot count returned. The deadline to request a new ballot was Nov. 11.

"If you look at that like it's a country," he said, "it's a country in collapse. They'll point to worker apathy, but for this many people who didn't know, that's the leadership's job. They have not done their job for years. This is part of it."

It's a failure, he added, of the monitor as well, since it has been charged with overseeing the election.

"They have not done that," Lehman said. "They are relying on just the UAW to do it. The UAW cannot be trusted to get this done."

He pointed to conversations he's had with members heading to and from work about being unaware the election is ongoing and to messages he's received about not receiving a ballot. Not everyone is receiving emails about it, as well, he added, observing that messages he received himself have gone to the spam folder. A virtual forum held with presidential candidates received fewer than 20,000 views on YouTube. Some members may have misidentified a ballot for mailers sent by the UAW for the midterm elections.

"If you don't see the Democratic Party as any kind of workers' party," he said, "you're just going to throw that out, too."

General Motors Co. began production of the 2024 GMC Hummer EV SUV on Monday and customers will start to receive deliveries at the end of the first quarter, the brand said.

The Hummer SUV will be built alongside the pickup...Read More