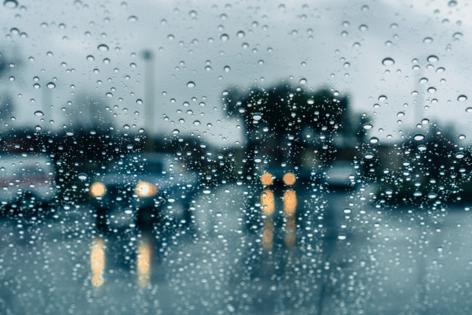 A: Try a glass cleaning product formulated for automobiles. Household cleaners do not do as well. Use a microfiber towel to clean the glass — twice. And then, use a clean dry microfiber towel to polish the glass. To slow the buildup, consider getting a dashboard cover. It won’t prevent the film but may slow it down.

Q: I read an article on how to clean dirt and grime off a car windshield. The article said to put liquid dish detergent in the fluid reservoir. I put a generous amount of the detergent in the reservoir, put the wipers on and sprayed. I noticed a film on the windshield, but when I shut the wipers off, the windshield was clear. I reread the article, and I was only supposed to use a few drops of detergent. I drained and refilled the reservoir using water and changed the wipers. I was still seeing the film. What can I do?

A: Glass stripper from Invisible Glass will reportedly remove water spots, hard water minerals, silicones, waxes, oils, tar, tree sap, road salt and road grime. According to the company, it contains mild abrasives for cleaning without scratching. The company says it polishes away contaminants and restores glass to its original condition. I have not used it and can’t make a judgment.

Q: I have a 2012 Camry. The under-engine cover came loose while I was driving on the highway. I found out it was likely caused by not tightening the screws after my last oil change. I had to pay $300 for a cover. Several months later, same problem. The dealership removed it and said it would not cause any problems. Do you think it’s safe to drive without replacing the cover?

A: The lower engine cover improves fuel economy by providing a smooth surface for air to pass by. It also offers some protection against road debris but is not essential and won’t cause any big problems, as your dealership stated. A general repair shop can easily replace it and probably for less money. Ask them to apply Loctite to the bolt threads to prevent loosening.

Q: I'm a handicapped senior citizen with a placard. When I go shopping at some stores, the handicapped parking spots are taken up by charging stations for electric cars. Even if it's easier to run an electric line closer to the store, it's really unfair that a handicapped person would have to walk farther.

A: I’m shocked. Complain to the store manager and the company’s customer service department. If enough folks complain, they may create more convenient designated parking spaces.