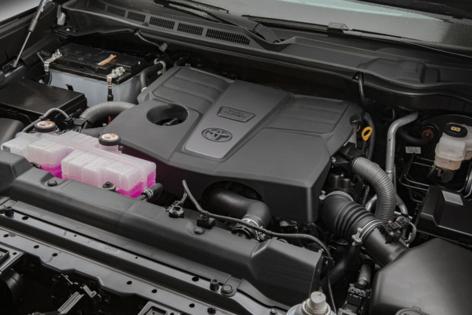 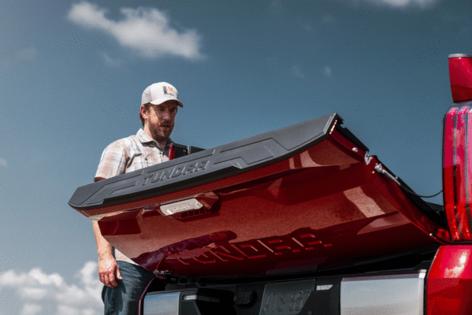 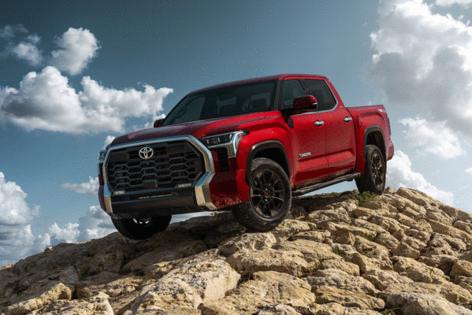 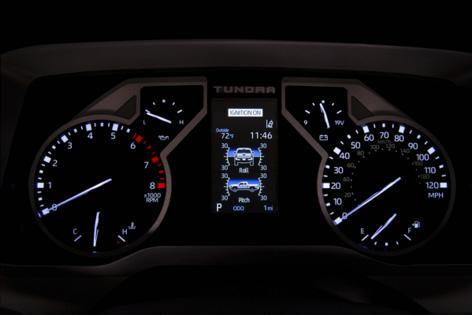 SAN ANTONIO, Texas — After 22 years and two generations (not counting the T100, a full-sized truck Toyota produced for eight years before the Tundra), Toyota has finally produced a pickup that can challenge its rivals: the new 2022 Toyota Tundra. It’s a wonder that it’s taken so long, but execs say it’s due to the company’s desire to merge three international full-size truck platforms into one, rather than home office hubris.

Yet this time, the task of designing and engineering the 2022 Tundra fell to Americans, not the Japanese. The result? The first Toyota full-size pickup that seriously challenges Detroit’s bestsellers, one that’s far better than previous models, which called to mind the Texas put-down, “all hat, no cattle.” The Tundra is even built in San Antonio, Texas, while its engine is manufactured in Huntsville, Alabama.

It also explains the new Tundra’s boldly threatening look, which is far more aggressive than previous models and looks at home alongside its smaller Tacoma sibling. In fact, the Tundra’s new design was inspired by the Marvel Comics superhero Iron Man.

“We knew we needed to take a huge step in overall boldness and strength,” said Kevin Hunter, president of Calty Design Research, Toyota’s North American design studio. “The size really isn’t any bigger, but the massing, the sculpture, the three-dimensional aspect of this truck is way beyond where the current truck is.”

Offered in SR, SR5, Limited, Platinum, 1794 and TRD Pro models, each 2022 Tundra is decked out with different exterior trim and four doors — smaller rear ones on the Double Cab, with a 6.5-foot or 8.1-foot bed, or full-size ones on the CrewMax, with a 5.5-foot or 6.5-foot bed. The bed is made from sheet-molded compound, and its tailgate can be opened with the truck’s key fob. However, it lacks the integrated bed step or in-bed storage bins found in competing pickups, although the truck is now built using a fully boxed ladder frame, with frame crossmembers more than doubled in size for added reinforcement.

Inside, you’ll find a very spacious cabin — particularly on CrewMax models, which boast a rear seat with limousine-like legroom. As you progress up the food chain, each iteration gets more and more opulent, although top trim levels seem to overplay the luxury card. This makes the Limited trim level an ideal choice when it comes to ambience. The wide center console has plenty of space for any number of items, but a column-mounted transmission shifter would be appreciated, as the rotary transmission dial takes up space that could be used for other things.

The supportive seats are wide and flat. They face a horizontal instrument panel that makes the already-wide Tundra feel even wider, an impression accentuated by the massive 14-inch touchscreen. Its new infotainment interface, designed in America, boasts a clear, logical design that clashes with the 12.3-inch digital instrument cluster, a muddled mess designed in Japan that’s confusing to read quickly. Better to stick with the standard conventional instrument cluster and its more useful 4.2-inch digital readout.

But other technology is vastly improved. There’s standard wireless Apple CarPlay and Android Auto, as well as Toyota Connected Services with voice commands. In addition, cameras around the truck keep an eye on your trailer, with an option that assists when backing up.

Powering all of this is a twin-turbocharged and intercooled double-overhead-cam V-6 rated at 389 horsepower and 479 pound-feet of torque, with peak torque kicking in at 2,400 rpm. Dubbed the “I-Force,” it’s also available as the “I-Force Max,” the same engine with a 48-horsepower electric motor placed between the engine and transmission and powered by a nickel-metal hydride battery pack located beneath the rear seats. (That space is under-seat storage in non-hybrid models.) Both drivelines hitch to a 10-speed automatic transmission, providing a maximum payload of 1,940 pounds and maximum towing of 12,000 pounds.

Regardless of driveline, you’ll find the Tundra delivers the required grunt, with a remarkably smooth ride and blessedly quiet cabin. It drives smaller than its size suggests, with the hood’s shape making it easy to place the front end. The Tundra employs a double wishbone front suspension and multi-link coil spring rear suspension with twin-tube shocks at each corner. They make a noticeable difference, particularly off-road, where they add considerable civility when diving into deep moguls, traversing streams, climbing over logs or powering over gravel. That’s especially true of the off-road worthy TRD Pro, with 2.5-inch diameter FOX internal bypass shocks that reduce the extreme pitching that can occur when treading through the forest primeval. Of course, the electronic locking rear differential, Multi-Terrain Select and Crawl Control also played a role.