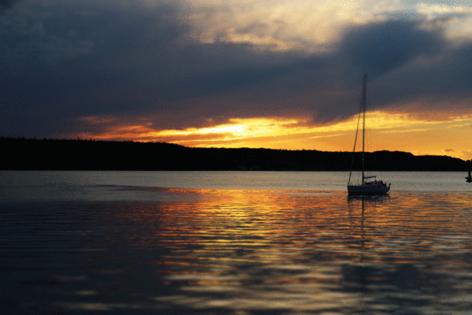 I eased around a wide lip of rock on the bank of a rushing river. Looking for a semi-flat surface to plant my bottom and feet, I said out loud, “Are there any snakes here?”

As it turned out, there were. Two coiled rattlesnakes were already looking my way.

With a tip of my hat, I carefully backed away and looked for another location.

Snakes are a repeated theme in the Bible. Mentally going over the snake pattern in scripture, beginning in Genesis 3, I did some pondering when I got to Paul’s encounter with a viper in Acts 27.

It was a classic worst-case scenario. First came the hurricane. Then came the shipwreck.

The vessel carrying Paul and 276 others ran aground on a sandbar close to shore, and began to break up in the furious waves. While everyone else panicked, Paul kept his head — and his faith — encouraging his shipmates that God would protect them. And He did. Every one of them made it safely to the beach.

Acts 28:3 records that as Paul collected wood for a bonfire, a highly venomous snake attached itself to his hand.

Watching this drama unfold, a mixed crowd of island natives and refugees immediately made a judgment against Paul, expecting him to drop dead any second. Surely, they speculated, he had done some evil deed, and now karma had caught up with him.