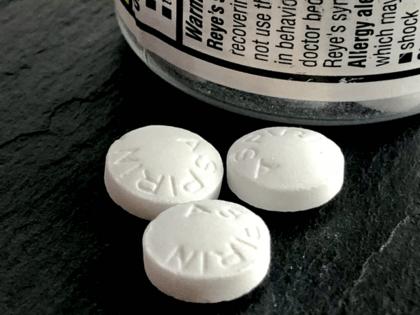 When you have a pounding headache, it can be rough waiting for the pain meds to kick in. So don’t wait too long, say researchers at Johns Hopkins University.

The scientists took a look at the fastest way, using gravity and anatomy, to position your body to get the drugs out of your stomach and into your intestines and to work. The verdict: lie on your right side.

The researchers tested several postures and found laying on your right side sends pills to the deepest part of the stomach where they dissolve at a rate 2.3 times faster than the upright position.

“We were very surprised that posture had such an immense effect on the dissolution rate of a pill,” said Rajat Mittal, a Johns Hopkins engineer and an expert in fluid dynamics who was senior author on the study, published in Physics of Fluids

“I never thought about whether I was doing it right or wrong,” Mittal said, “but now I’ll definitely think about it every time I take a pill.”

To do the test, the research team created a model to represent the workings of several organs in the body called StomachSim. It mimics the process of digesting food or medicine using physics, biomechanics and fluid mechanics. Pills don’t start working until they leave the stomach for the intestines, so the closer the pill is to the last part of the stomach, called the antrum, the better.

FORT WORTH, Texas — The National Institutes of Health is giving $149 million to researchers at the University of North Texas Health Science Center to pay for researchers to study the biology of Alzheimer’s disease in ...Read More

Brushing your teeth is essential for maintaining optimal oral health, but like most aspects of health, the full story is more complicated.

As directors of the Center for Oral Health Research in Appalachia, we ...Read More

Q: Our daughter is crawling and exploring, and we are hurrying to childproof our house. What are some areas that we might overlook?

A: As you go through and childproof your home, you'll likely pay special attention to ...Read More

He walks his followers through a back-to-school shopping trip and wonders if they should buy "anime backpacks." He does a finger...Read More