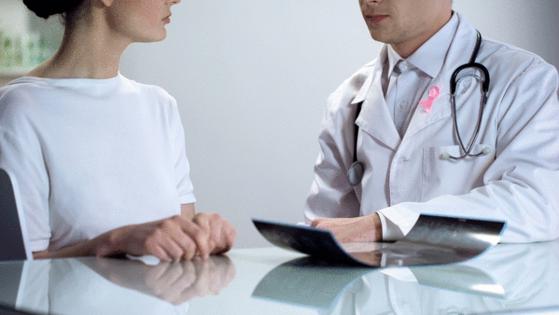 When Cynthia Johnson learned she would owe $200 out-of-pocket for a diagnostic mammogram in Houston, she almost put off getting the test that told her she had breast cancer.

“I thought, ‘I really don’t have this to spend, and it’s probably nothing,’” said Johnson, who works in educational assessment at a university. But she decided to go forward with the test because she could put the copay on a credit card.

Johnson was 39 in 2018 when that mammogram confirmed that the lump she’d noticed in her left breast was cancer. Today, after a lumpectomy, chemotherapy, and radiation, she is disease-free.

Having to choose between paying rent and getting the testing they need can be a serious dilemma for some patients. Under the Affordable Care Act, many preventive services — such as breast and colorectal cancer screening — are covered at no cost. That means patients don’t have to pay the normal copayments, coinsurance, or deductible costs their plan requires. But if a screening returns an abnormal result and a health care provider orders more testing to figure out what’s wrong, patients may be on the hook for hundreds or even thousands of dollars for diagnostic services.

Many patient advocates and medical experts say no-cost coverage should be extended beyond an initial preventive test to imaging, biopsies, or other services necessary for diagnosing a problem.

“The billing distinction between screening and diagnostic testing is a technical one,” said Dr. A. Mark Fendrick, director of the University of Michigan’s Center for Value-Based Insurance Design. “The federal government should clarify that commercial plans and Medicare should fully cover all the required steps to diagnose cancer or another problem, not just the first screening test.”

A study that examined more than 6 million commercial insurance claims for screening mammograms from 2010 to 2017 found that 16% required additional imaging or other procedures. Half the women who got further imaging and a biopsy paid $152 or more in out-of-pocket costs for follow-up tests in 2017, according to the study by Fendrick and several colleagues and published by JAMA Network Open.

People who needed testing after other preventive cancer screenings also racked up charges: half paid $155 or more for a biopsy after a suspicious result on a cervical cancer test; $100 was the average bill for a colonoscopy after a stool-based colorectal cancer test; and $424, on average, was charged for follow-up tests after a CT scan to check for lung cancer, according to additional research by Fendrick and others.

Van Vorhis of Apple Valley, Minnesota, did an at-home stool test to screen for colorectal cancer two years ago. When the test came back positive, the 65-year-old retired lawyer needed a follow-up colonoscopy to determine whether anything serious was wrong.

The colonoscopy was unremarkable: It found a few benign polyps, or clusters of cells, that the physician snipped out during the procedure. But Vorhis was floored by the $7,000 he owed under his individual health plan. His first colonoscopy several years earlier hadn’t cost him a cent.

DEAR MAYO CLINIC: A close friend was diagnosed recently with Lyme disease due to a tick bite. However, I recently read about some new type of tick-borne illness. My family loves to hike and be outdoors, but I'm nervous now...Read More

“I’m somebody who ...Read More