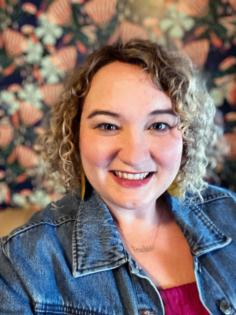 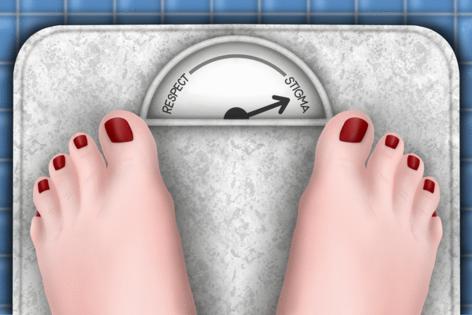 The question seemed irrelevant, considering the type of pain she was having, Boughton thought at the time. But it wasn’t unusual coming from this doctor. “Every time I was in there, she’d talk about diet and exercise,” said Boughton, who is 34 and lives in Durham, North Carolina.

On this occasion, three years ago, the OB-GYN told Boughton that losing weight would likely resolve the pelvic pain. The physician brought up diet and exercise at least twice more during the appointment. The doctor said she’d order an ultrasound to put Boughton’s mind at ease.

The ultrasound revealed the source of her pain: a 7-centimeter tumor filled with fluid on Boughton’s left ovary.

“I hate that doctor for the way she treated me — like my pain was no big deal,” Boughton said. “She seemed to make a decision about me based off of a very cursory look.”

Research has long shown that doctors are less likely to respect patients who are overweight or obese, even as nearly three-quarters of adults in the U.S. now fall into one of those categories. Obesity, which characterizes patients whose body mass index is 30 or higher, is pervasive in the South and Midwest, according to the Centers for Disease Control and Prevention. The state with the highest rate is Mississippi, where 4 in 10 adults qualify as obese.

Obesity is a common, treatable condition linked to a long list of health risks, including Type 2 diabetes, heart disease, and some cancers. Despite obesity’s prevalence, it carries a unique stigma.

Doctors often approach the practice of medicine with an anti-fat bias and struggle to communicate with patients whose weight exceeds what’s considered the normal range. Some obesity experts blame a lack of focus on the subject in medical schools. Others blame a lack of empathy.

To counter that, the Association of American Medical Colleges plans to roll out in June new diversity, equity, and inclusion standards aimed at teaching doctors, among other things, about respectful treatment of people diagnosed as overweight or obese.

That’s not happening for many patients, said Dr. Scott Butsch, director of obesity medicine at the Cleveland Clinic’s Bariatric and Metabolic Institute. “This is almost like malpractice. You have these physicians or clinicians — whoever they are — relating everything to the patient’s obesity without investigation,” Butsch said. “The stereotypes and misperceptions around this disease just bleed into clinical practice.”