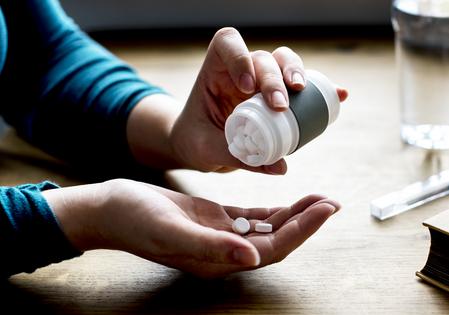 Studies show that most Americans don’t get enough of several important nutrients from their diets. A multivitamin/mineral supplement can help fill in those nutrient gaps. But does it make scientific sense to choose a supplement specifically tailored to men or women? There is some rationale behind creating gender-specific supplements, but the choices can be complicated. There are a variety of supplement formulas designated for men or women of different ages, life stages, lifestyles, and with varying health concerns, making it a challenge to choose the best one for you.

Yes, men and women have different nutritional needs. The recommended dietary allowances (RDAs), set by the National Academy of Sciences, are broken down into male and female needs, in addition to age groups. For women, the differences are most dramatic during pregnancy, breastfeeding, and before and after menopause. Some differences in nutrient needs are simply due to differences in body size between most men and women.

Iron needs are greater for women, especially in childbearing years. Calcium requirements increase for women during and after menopause, due to the risk of developing osteoporosis as estrogen levels drop. Folic acid requirements double in women immediately before and during pregnancy, especially during the first trimester, to prevent neural tube defects (spina bifida) in the fetus.

The need for several nutrients, including zinc, chromium, riboflavin, niacin, choline, thiamin, and vitamins A, C, and K, are slightly higher in men compared to women. Men’s supplements generally have little or no iron, as it can build up over time and lead to organ damage, a consequence more common in men.

Gender-based differences among many of the supplements are hard to justify. Calcium, iron, and folic acid are likely to be higher in women’s supplements than in men’s, but supplements that include small amounts of herbs, like black cohosh for women or saw palmetto for men, are unlikely to be helpful. A vitamin/mineral supplement is supposed to be an “insurance policy” for the diet, not a substitute. With the exception of extra iron for men (if your doctor recommends against it), a unisex supplement and a healthy diet is likely a good bet for meeting your nutrient needs.

KANSAS CITY, Mo. — A leading health system in Kansas City is no longer providing emergency contraception in Missouri after the state banned abortion with no exceptions for rape or incest.

PHILADELPHIA — In the hours after a draft of the Supreme Court abortion ruling was leaked on May 2, Google searches for abortion pills soared — especially in states with greater restrictions on abortion.

By the end of...Read More

In 2011, Sean Duffy and Adrian James were sitting in San Francisco’s Dolores Park debating what to call some workers at the company they founded, Omada Health.

Q: What are truffles?

A: Misshapen and lumpy, these earthy orbs may not be much to look at, but they’re among the most prized delicacies in the culinary world. Intensely flavored and aromatic — a musky, nutty fusion �...Read More

When you’re feeling a chill, what better way to add warmth than by spicing up your favorite comfort foods. Apple pie wouldn’t be the same without cinnamon; spicy ginger punches up soups; zippy black pepper jazzes up ...Read More

For years, products containing acetaminophen, such as the pain reliever Tylenol, were largely viewed as safe to take during pregnancy. Hundreds of widely available over-the-counter remedies, including popular cold, cough, ...Read More