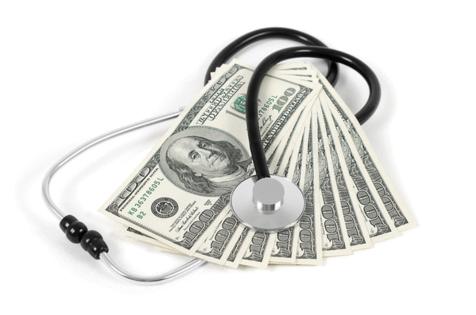 The American health care system has become an actual impediment to public health. Americans are seeing that play out in real time as the pandemic progresses. Despite the heroic efforts of doctors, nurses and health care leaders, the staggering cost of care in this country, along with the number of people without health insurance and the lack of basic health literacy, have combined forces to make the coronavirus outbreak worse. Addressing those issues will be key to the nation’s economic recovery as well as its future.

Start with affordability. It’s no secret that Americans pay far more for health care than citizens of any other developed country. The U.S. depends on market forces and consumerism to control prices, but that hasn’t worked too well when it comes to keeping the public healthy.

American health care is often compared to health care in Canada. Not every aspect of Canada’s system would work in this country, but looking at America’s northern neighbor and the prices Canadians pay for the same services offered on this side of the border helps focus attention on the unique unaffordability of U.S. health care.

In 1970, the United States and Canada both spent about 6% of their gross domestic product on health care. But after Canada made reforms that included universal coverage, the two countries’ spending rapidly diverged. Today, nearly 20% America’s gross domestic product goes to health care while Canada spends about 11.6%. Per-person spending in Canada is about 42% of the U.S. total. And Canadian health care spending is among the highest in the developed world outside of the United States.

Here’s another example: Health insurance premiums for companies that buy coverage for their workers increased by an average of 4.4% in 2021, a survey by the nonpartisan Kaiser Family Foundation showed. That increase was more than double the annual rate of inflation. The average employer-supplied family health insurance coverage now costs more than $22,000, an increase of 47% since 2011. That’s not sustainable.

Next comes access, because even with all that spending, 28.9 million Americans were uninsured in 2020. After hitting a record low of 26.7 million people in 2016, the number of uninsured has been steadily climbing. It now represents about 9% of the overall population. And because of pandemic-related closings and layoffs, the number could be even higher once 2021 statistics are finalized.

Even people with health insurance can be shut out of care if they don’t receive paid time off. Americans saw this early in the pandemic when many essential workers continued working while they were sick because they couldn’t afford to stay home. That was a major weakness in the country’s response to the coronavirus as well as with every other communicable disease.

But when it really mattered, when a global pandemic swept the country and people desperately looked for information to protect themselves and their families, large portions of the public failed to get an accurate message.

A recent survey by the Kaiser Family Foundation found that nearly 8 in 10 Americans have been exposed to false claims about the virus or the vaccine. About 16% of Americans believe at least four of eight vaccine and virus myths examined by the researchers. But among people who get their news from right-wing television networks, the rates are much higher. Some 36% of viewers who regularly watch Fox News believe four or more myths about the coronavirus, about the same as One America News (37%). Among viewers of Newsmax, 46% believe four or more false statements about the pandemic.

As a result of false information, millions of Americans believe that the coronavirus is not a deadly disease even though it has killed more than 755,000 Americans. Millions more have failed to protect themselves and their families with a vaccine because of misunderstanding and misinformation.

The American health care system had problems with affordability, access and understanding before the pandemic. The coronavirus provided an eye-opening view of just how costly these failures can be: Hundreds of thousands of deaths could have been prevented. An unknown number of others were left to deal with so-called long Covid. Millions of people were left unprotected in the face of an unfolding pandemic. Billions of dollars were spent treating a disease that, since last spring, has been largely preventable.

America cannot be fully prepared for the next pandemic with these issues unresolved. More importantly, it cannot meet the health care needs of a developed nation without tackling affordability, access and understanding.

PUNE, India — Amanjit Singh’s father, a family doctor, was ordered to reopen his clinic as early cases of COVID-19 were spreading in Mumbai. Within days, his father — gasping for oxygen at home — was dead. Two days...Read More

In one blog post I discussed how beneficial sleep is for memory function. But sleep isn’t just good for your memory; it can actually reduce your risk of dementia — and death. Although it has been known for some time ...Read More

The peanut is not just an American tradition at baseball games, pubs, and as part of the iconic peanut butter and jelly sandwich, it’s also a global culinary superstar and a nutrient powerhouse

If you find it hard to eat enough fruit, then you need to start making smoothies. Here’s why smoothies are the No. 1 way to eat more fruit, plus an easy smoothie recipe with just three ingredients.

You can pack two or ...Read More

ROCHESTER, Minn. — People who use electronic cigarettes and test positive for COVID-19 have a higher frequency of experiencing COVID-19 symptoms, compared to people who don't vape, according to new research from Mayo ...Read More