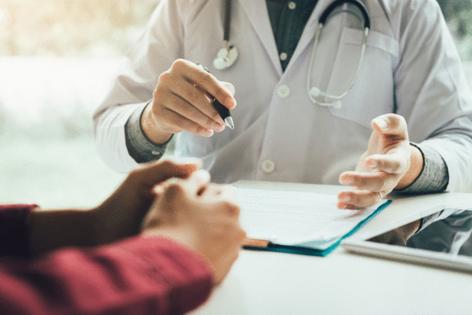 If you lie to your doctor about your mental well-being, you’re not alone. According to a newly released survey from AdventHealth, 21% of adults said they dodge the truth when it comes to discussing anxiety, depression or suicidal thoughts with their physician.

And even more — 23% — have been untruthful about smoking, drinking alcohol or recreational drug use.

Overall, 59% said they were “comfortable” discussing such topics with their primary-care doctor. The percentage was higher among women than men (63% vs. 53%) and included 75% of people over age 50.

The survey also found that 47% of adults either agreed or “strongly agreed” that they don’t know whom to trust on COVID-19 information, down from 54% during a similarly conducted survey last June, and that 20% don’t believe that the virus poses a “serious threat anymore.”

Some 14% even said it was “pointless” to work on improving their health “with so much going on in the world,” although the figure had dropped from 19% last June.

In brighter news, 29% of respondents said their physical health had improved in the past few months, and 25% said their mental health had improved over the same period — both slightly higher than last June. About a third of respondents said they had started exercising to improve their mental health during the pandemic, 23% said they’ve started meditating or practicing “mindfulness,” 8% had started in-person counseling and 7% had joined a support group.

“The pandemic has opened up opportunities to discuss mental health,” said Michael Westerveld, a neuropsychologist at AdventHealth. “Efforts to deal with increased stress has led to people seeking more and varied ways to cope.”

AdventHealth for Children recently announced a $6 million grant from Dr. Phillips Charities that will launch a new comprehensive pediatric and young adult mental health program based at the hospital.

Across the country, researchers have reported a marked increase in mental health concerns during the pandemic, including a dramatic rise in drug overdoses.

PHILADELPHIA — Anyone who has been near a gym in the last decade has heard the buzz about strengthening “the core” — muscles in the trunk and abdomen that can be targeted with crunches, planks, and other gut-...Read More