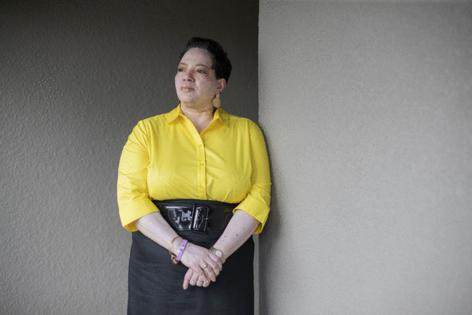 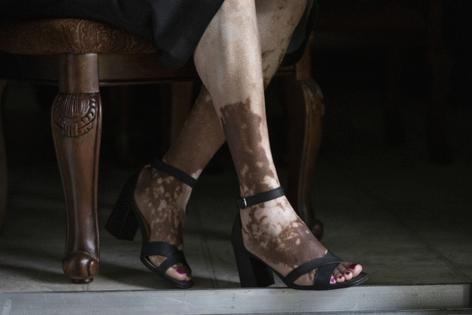 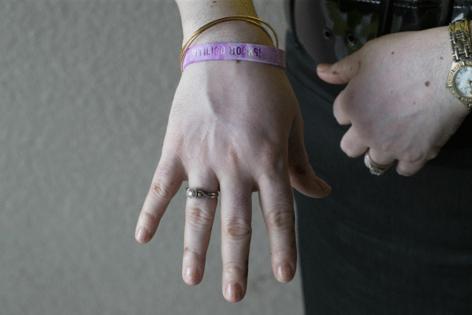 TAMPA, Fla. – Growing up in Plant City, Florida, Tonja Johnson was bullied for her dark complexion. Amidst the constant glares and teases, she eventually grew to love the skin she was born in.

In 2011, that changed. She started to lose the skin she grew to adore.

Over the next two years, both Johnson’s arms and legs began to lose pigmentation and pale patches began to take over her body. Her skin was progressively changing into a completely different color, causing her to look unrecognizable to even close family members.

She was 43 when she was diagnosed with vitiligo, a condition that destroys the cells that produce melanin, causing white patches of skin that are especially noticeable on dark skin.

She had a lot of questions but few answers. She didn’t know anyone with vitiligo who she could talk to. She looked for a support group but couldn’t find any in Florida.

“That’s when I got up the courage to say, ‘You know what? I am not going to allow vitiligo to dictate who I am and what I do,’” she said. “Vitiligo doesn’t have me. I have it.”

Beautifully Unblemished was founded on March 31, 2018 by three members, including Johnson. The support group now has over 175 members statewide and hosted a celebration in honor of World Vitiligo Day on June 26 at Mission BBQ in Tampa for those with the condition and their loved ones.

Edith Hernandez, 62, was shopping at her local CVS when she ran into Johnson’s husband, Jeremy, who told her about the support group.

“It was really hard for me until I moved here to Florida, and one day I was at CVS and met Tonja’s husband,” says Hernandez. “He was like, ‘Oh, I just want to let you know there is a support group, and my wife started it.’ And it was great to see other people had it and are going through the same thing.”

CHARLOTTE, N.C. -- A truck claiming to be from a funeral home was emblazoned with a blunt message Sunday while driving around Bank of America Stadium, where the Charlotte Panthers were playing the New Orleans Saints: “...Read More

Desperation led José Luis Hernández to ride atop a speeding train through northern Mexico with hopes of reaching the United States 13 years ago. But he didn’t make it. Slipping off a step above a train coupling, he ...Read More

Having a back injury can put a person's life on hold. While most people can find relief through nonsurgical methods like physical therapy, steroid injections and medication management, some patients, including those with ...Read More