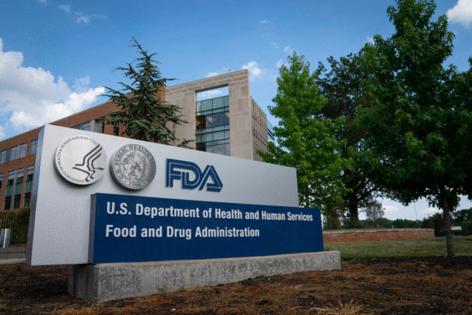 After decades of research failures by numerous companies, Biogen’s aducanumab became the first drug cleared by the U.S. Food and Drug Administration to slow the course of the mind-wasting disease that afflicts 6 million Americans.

The antibody therapy, which will be sold under the brand name Aduhelm, works by removing amyloid, a harmful protein that clogs the brains of Alzheimer’s patients. The last new drug treatment for the disease was first approved in 2003; existing therapies help with symptoms but don’t alleviate the underlying damage.

The FDA announced the decision in a statement on Monday.

“In determining that the application met the requirements for accelerated approval, the agency concluded that the benefits of Aduhelm for patients with Alzheimer’s disease outweighed the risks of the therapy,” the agency said.

The approval is one of the most consequential FDA decisions in recent years, and welcome news for millions of Americans with Alzheimer’s disease and their families. Patient advocacy groups have supported the drug’s clearance despite skepticism from some scientists about its mixed record in clinical trials.

The approval is also a significant victory for Cambridge, Massachusetts-based Biogen and its Tokyo-based partner Eisai Co. Biogen has seen wild swings in its share price with nearly every twist and turn of aducanumab’s development.

Now, it’s on the cusp of rolling out a product widely expected to be a blockbuster, even amid questions about the health-care system’s capacity to cope with demand.

“This historic moment is the culmination of more than a decade of groundbreaking research in the complex field of Alzheimer’s disease,” said Biogen Chief Executive Officer Michel Vounatsos in an emailed statement.

PHILADELPHIA – As an oncologist, Adam Dicker has seen how cancer treatments can pummel the body to knock out tumors, sometimes leading to deteriorating bones, more infections, and haywire sleep cycles. But others have ...Read More

A new University of Minnesota study finds that hospitals have been slow to fully comply with a new federal rule that was designed to bring more price transparency to health care.

In the eyes of the tech industry, mental health treatment is an area ripe for disruption.

In any given year, 1 in 5 adults in the U.S. experience a form of mental illness, according to federal estimates. And research ...Read More

The mental health toll of COVID-19 has been difficult for many, and traditional resources such as talk therapy have been overloaded in recent months.

As a result, developers and grassroots mental health organizations are ...Read More

Our kidneys play a vital role in protecting our overall health. What exactly are their main functions?

In the United States, 37 million adults are living with kidney disease. The main causes are high blood pressure, ...Read More

Nothing beats produce and herbs to bring freshness to your home cooking. But because of their perishable nature, it’s hard to use up all your fruits, veggies and herbs before they go bad. Knowing how to store your ...Read More