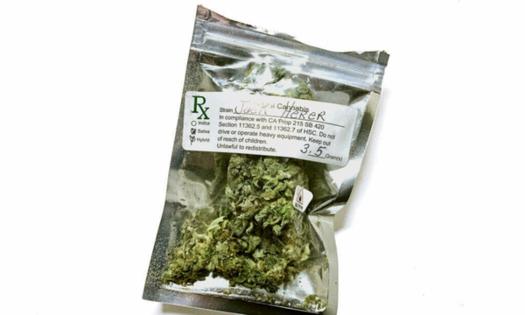 Aside from treating a variety of conditions that plague the lives of millions of Americans, the side effects associated with weed are nowhere near as risky as the ones that’ve been linked with opioids over the past decades.

One of the best arguments for legal marijuana is its possible influence on the opioid crisis. Supporters of cannabis have theorized that the plant’s medical capabilities could help treat a variety of conditions that are commonly treated by opioids, which come with a batch of adverse side effects.

Now, a new study supports this belief, showing that medical marijuana can help patients reduce their opioid intake while substantially addressing the condition that affects their quality of life.

The study, published in the journal Substance Use and Misuse, surveyed more than 2,000 medical marijuana patients in Florida regarding their marijuana consumption habits and whether these had impacted their use of pharmaceuticals.

A whopping 90% of patients said marijuana was helpful in treating their condition, while 88% of them said it was important for their quality of life. In the case of the connection between opioids and marijuana, the results were very positive, with 85% of respondents claiming that cannabis reduced their pain. 79% of them said that they stopped or reduced their opioid intake after they started consuming cannabis.

In an accompanying press release, researcher Carolyn Pritchett explained why the survey should provide some supporting evidence for the benefits of medical marijuana, and why it should be considered as a valid alternative for many of these conditions.

“If there’s the option to instead use a medicine with less harmful side-effects, including a lower risk of overdose and death, then it should perhaps be considered. But more research, including studies that follow patients over time, is needed before substituting opioid painkillers for medical cannabis becomes commonplace,” she said.

This study joins a body of evidence that shows the positive aspects of medical marijuana. Aside from treating a variety of conditions that plague the lives of millions of Americans, the side effects associated with marijuana are nowhere near as risky as the ones that have been linked with opioids over the past decades.