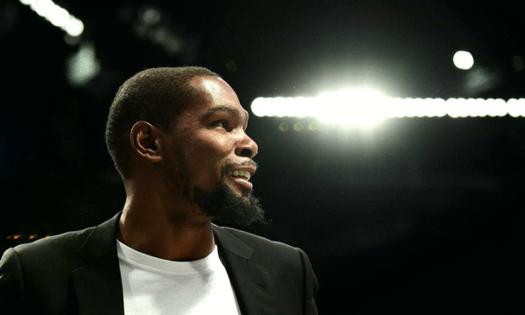 In the new season of his Netflix talk show, Letterman tells a story about smoking a joint with his girlfriend before a Yankees-Angels game in the ’70s.

During an interview with NBA star Kevin Durant, the legendary Late Night Show host David Letterman talked about his experience with marijuana. In a clip promoting the new season of Letterman’s Netflix series, My Next Guest Needs No Introduction, Durant, who is already in the cannabis industry, also shared his relationship with marijuana and his efforts to destigmatize it, especially among athletes.

Asked by Letterman if he began smoking weed as a kid, an odd question, Durant said “Nah, unless you wanna call 22 a kid.”

What about Letterman? Initially coming off somewhat naive, he told Durant about the time he smoked a joint with his girlfriend before a Yankees-Angels game in the ’70s. Letterman said he was so stoned that he doesn’t remember who won. While sitting at the stands, he was deeply fascinated by the pitcher’s “mound of dirt,” a clear indication that yes, Letterman was stoned.

Laughing, he asked Durant if that meant he was smoking the wrong type of weed. “No, you were smoking the right kind if you’re thinking about stuff like that!”

Durant also shared more about his partnership with cannabis tech platform Weedmaps owned by WM Holding Company, LLC, and explained how they are “trying to figure out ways to change the narrative around athletes and marijuana.”

Durant’s efforts to destigmatize cannabis use among pro athletes, especially as the NBA still views it as a banned substance, may put the 6 foot ten Brooklyn Nets star center in an awkward position.

Although the NBA announced last year that it’s amending its drug-testing policy and will not be randomly testing players for cannabis. Will NBA continue to loosen its policies around cannabis?

Who knows. One thing is certain: Many athletes are hoping and pushing for more reasonable cannabis policies.